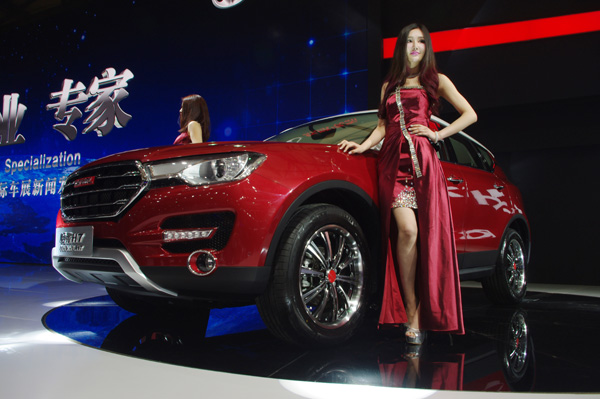 The Haval H7 is a new compact SUV on the Chinese car market.

China is determined to become the low-emissions electric-car capital of the world. Unfortunately, its car buyers aren’t cooperating.
The Chinese government has been spending billions on research grants, steep subsidies and new infrastructure — such as charging stations — to encourage consumers to go electric. It hopes to boost the number of such vehicles on the road tenfold by the end of the decade.

One problem: Consumers are instead lining up to buy eco-unfriendly sport utility vehicles. In 2015, Chinese drivers bought 6.2 million SUVs — up 52 percent year on year, and accounting for roughly a third of all car purchases. The same year, they bought a mere 189,000 plug-in vehicles, or less than 1 percent of total purchases.

For example, one key reason for the SUV boom is a simple desire for safety. With very few traffic cops, Chinese roads and byways often have a Mad Max flavor to them. In 2015 alone, there were more than 200,000 traffic fatalities and more than 17 million cases of road rage reported. A bigger car, in such an environment, can feel like an insurance policy. As one analyst told Bloomberg News, “The angry ones are scaring the sane ones into buying SUVs for self-defense.”

China’s consumers are also more affluent these days, and thus capable of upgrading to better rides. As recently as 2012, the unsafe Wuling Sunshine microvan, costing about $4,500, was China’s most popular passenger vehicle. But in recent months, the Sunshine’s sales have declined precipitously, as rural Chinese trade up for budget SUVs. The high ride and luxury stylings of SUVs appeal to the attention-grabbing inclinations of the Chinese consumer.

Finally, China’s car buyers, like their U.S. counterparts, have been emboldened by an era of cheap gas. In 2015, gasoline demand grew by about 10 percent over the previous year, prompting China’s government to overhaul its system for setting fuel prices in an effort to curb consumption.

Yet, even if Chinese stopped buying SUVs entirely, fuel consumption and pollution would only grow. China still has only about one car on the road for every five people, compared with one for every 1.3 people in the United States. As its economy grows and its population gets richer, that gap is destined to narrow.

That makes it all the more urgent for China to curb the growth in gas guzzlers. One useful step for the government would be a concerted effort to enforce traffic laws, which would save lives and help convince drivers that they’re safe packing their families into fuel-efficient cars. Another would be to apply subsidies solely to non-plug-in hybrids, which have proven popular around the world. Hybrids won’t save as much fuel as all-electric plug-ins, but they’re certainly better than SUVS, and they’ll acclimate car buyers to the idea that eco-friendly doesn’t have to mean unsafe or inconvenient.

Finally, the government should raise fuel prices to a level that makes gas guzzling less attractive. It could offer exemptions for commercial vehicles and for the poor, but for middle-class drivers, the consequences of excessive fuel use should hit the pocketbook as well as the lungs, and drive China’s growing fleet of SUVs off its traffic-choked roads.