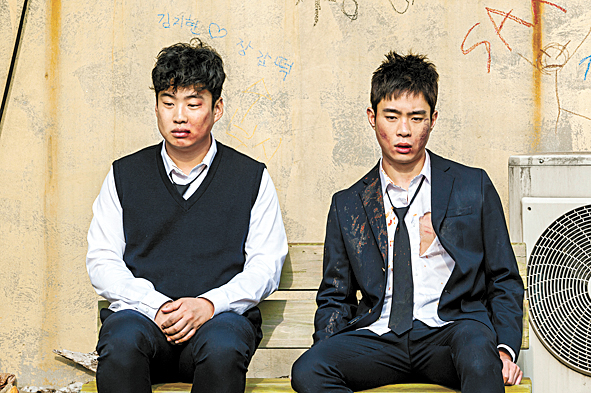 An adolescent boy, Go-hwan (Ryu Deok-hwan), wants to have sexual intercourse before he dies. Since he has only few months left to live, he wants to die as an adult.

However, this is not an easy quest. Even, the father of Go-hwan participates, understanding his son’s desire.

The film showcases the strong friendship of the three as they do anything to help Go-hwan out, not caring about whether they will be scorned. Their relationship creates conflict as well as funny and laughable scenes, so the overall atmosphere of the film is not serious.

However, female moviegoers might feel a little disturbed by the plot, since the boys perceive women as only partners for sexual relations. Furthermore, the film does not address the issue that terminal illness does not give the adolescent boy a free pass to have sexual intercourse.

Nonetheless, the comedy genre pardons such heavy issues. Without thinking too deeply about the plot, moviegoers can laugh all the way through the film.

Two female students are best friends, but they have to compete for the one and only song that will touch the public’s hearts and minds. They cannot undo the different choices they have made. Who will sing the song?

The Daeseong gwonbeon is an agency that trains gisaeng, or female entertainers. The two students, So-yul, played by Han Hyo-joo, and Yeon-hee, played by Chun Woo-hee, have known each other for a long time.

However, with the song composed and written by Yoon-woo, played by Yoo Yeon-seok, they move into a phase of competition and betrayal.

The film features various Korean pop songs following the trends of the time, illustrating the history of music in this country. The music director, Lee Byung-hoon, focused on the sentiments of people that could represent the period of the 1940s.

Han has displayed wide range of acting in various genres. In particular, she was acclaimed for her roles in the films “Masquerade” (2012) and “The Beauty Inside” (2015).

Yoo has been well-loved by fans since he played the handsome baseball player in the TV series “Reply 1994.” In this film, however, he shows off his musical skills. 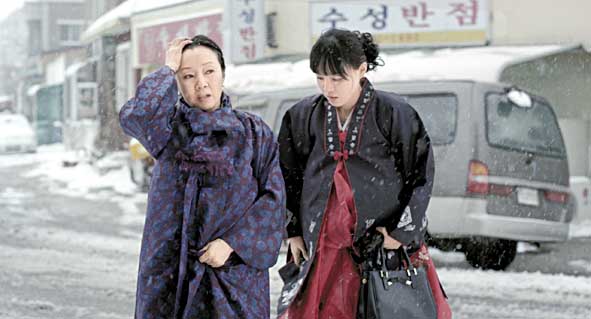 A family goes to Cheorwon County, Gangwon, in order to attend to the retirement ceremony for their father, who has dedicated his life to being a high school teacher.

The members of the family all live independently, but for this one day, they gather together. The ceremony is not that festive, and at the dinner table, the father announces his divorce from the mother.

However, in this uncomfortable situation, snow begins to fall heavily outside, blocking all forms of transportation. The family must stay together for three days.

The film has been directed by newbie filmmaker Kim Dae-hwan. He won the New Currents Award at the 2014 Busan International Film Festival. The award is given to the best newbie director of a full-length film in Asia.

Kim wanted to present the story as normally as possible, in order to feature the lives of an ordinary family.

Ryan (Chris J. Murray) and his family move to California with his brother Mike (Dan Gill). Ryan and Mike find a strange box full of old videos, dating from 1988 to 1992. They watch one of the videos and get the feeling that the person on the screen is looking straight at them.

And after the brothers watch the video, strange occurrences begin happening around the house. For example, Ryan’s daughter, Leila (Ivy George), starts talking to an imaginary friend.

The “Paranormal Activity” series has been loved by the moviegoers due to the unique style of shooting, which is called found footage. It seems like CCTV footage of the ordinary lives of the characters, revealing what is happening around them.

This film is the last in the series, and finally the true answer to the mystery will be revealed. All of the hints given throughout the series will congregate in this film to resolve the questions fans have had for a long time.

And this film is being released in 3-D, which will further heighten the sense of horror. Viewers can vividly experience the mysterious happenings from the characters’ perspectives. 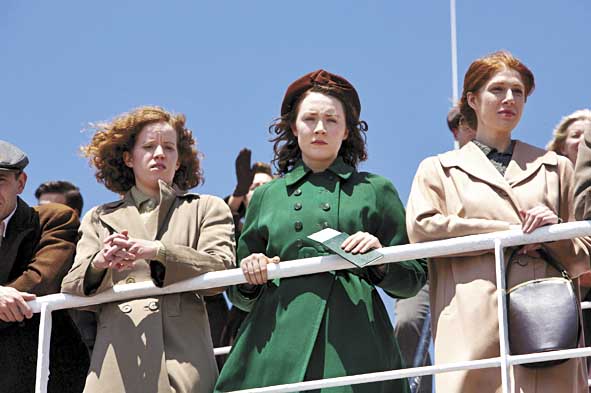 Eilis Lacey, played by Saoirse Ronan, is trying to adjust to the New York life in Brooklyn. She works during the days and studies at nights. She misses her family in Ireland greatly. With the help of women from the Irish community, she gradually overcomes her homesickness. Then, she comes across an Italian American man, Tony (Emory Cohen). As time goes by, she gradually becomes an independent New Yorker.

One day, she gets a notice of her sister’s death and goes to Ireland. But there, she meets another man named Jim Farrell (Domhnall Gleeson), making her emotionally conflicted. The two men are different from each other, almost the opposite; Lacey has to make a choice.

The same crew that filmed “Carol” (2015) participated in the making of this film. They are able to draw out the delicate changes of emotions in the characters. Also, this time they showcase the 1950s era in Brooklyn.

Ronan has rose to stardom in the film “Atonement” (2007), which led her to become the youngest actress to be nominated for an Academy Award. Nine years have passed, and this is her first film playing an adult role.

The film is based on the novel of the same name written by Colm Toibin. In the novel, the expression of emotion is controlled. It will be interesting to compare how emotions are featured in the film. 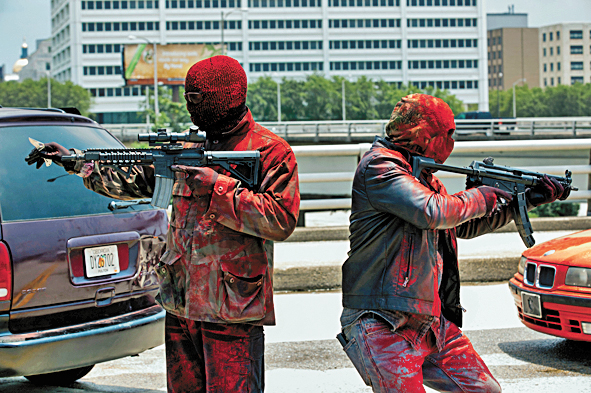 A group of four robs a bank, but the money is untouched. This unusual incident happens, and the police are unable to find any clues about the group.

The leader of the group, Michael Atwood (Chiwetel Ejiofor), plans a final round of crime, since his family is taken hostage.

The plan seems impossible as the security is perfectly set up. Thus, the only chance they have is to make Triple 9 call, which makes all the cops in the city congregate in one place. Then, this will give the group some time to exercise their plan.

The code, 999, is called when a cop is wounded or killed, and others need to halt whatever they are doing and go to the scene of the incident. The number arouses extreme conflict between the police and criminals.

The biggest surprise of the movie is seeing actress Kate Winslet transformed into a cold-blooded, brutal mafia leader named Irina Vlaslov. She does not hesitate to do anything to achieve her goals.

Also, director John Hillcoat chose Atlanta as the backdrop of the story instead of Los Angeles or New York. He felt that this unexpected setting would be a breath of fresh air to the audience.