What about the future?

What about the future? 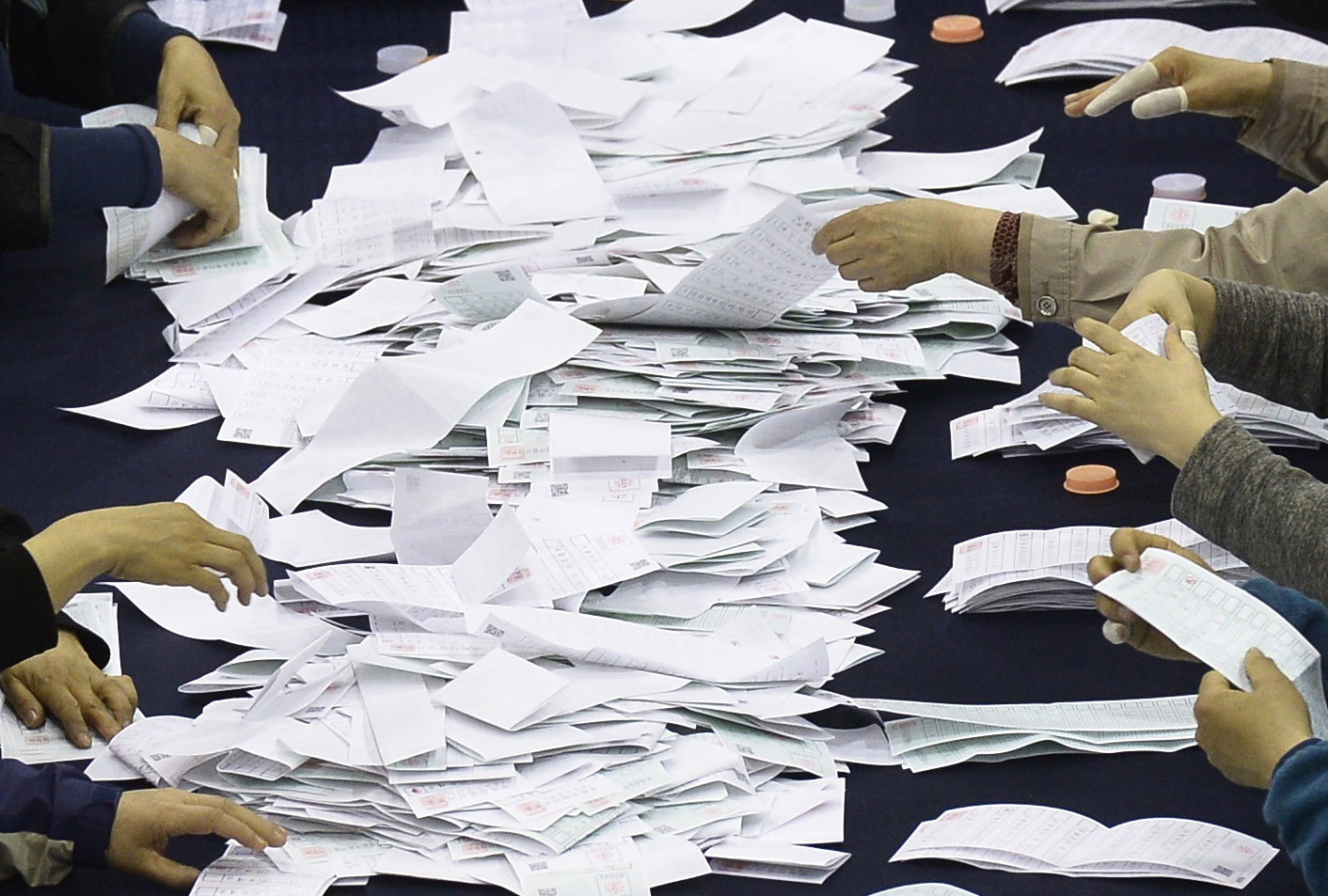 Officials from the National Election Commission count ballots at a gymnasium in Jongno District, central Seoul, on April 13. [OH SANG-MIN]

A week has passed since the April 13 general election, but the aftershock continues. It is considered the most dramatic general election since the ninth constitutional revision in 1987. The outcome is exquisite, with no party holding a majority. It is the voice of the voters saying that politicians must not be arrogant.

But regardless of the election results, I became depressed whenever I headed home after work during the campaign period.

My depression peaked as I stood at a bus stop to transfer to a local bus. At first, there were three posters of preliminary candidates. After the party finalized the nomination, only one was left. But I couldn’t tell which candidate was chosen, as they all made similar promises. They all offered package deals.

Moreover, they almost seemed like they were running for a local government spot, not the National Assembly. They promised local development projects such as creating an international middle school, developing a district or extending a metro rail line. It was hard to tell how these promises could be differentiated from local government heads. These candidates had no vision to represent the constituency to monitor the state administration and enact laws for the country. Rather than pledging to monitor how taxpayer money is used, they made generous promises to use more of it.

What’s more surprising was the signage by a heavyweight candidate who had served as a minister and almost became the prime minister. When I drove by his district, I could see a sign with a single promise to create a railway station in the area. Another candidate who served as a metropolitan government head and was considered a future presidential candidate promised to make a public parking lot in his district.
Do these politicians with years of experience want to focus on the complaints of local residents? Are they getting closer to the daily lives of the people? I was confused. If they really wanted to serve that way, they should run for a local government seat, not the National Assembly. I suspected that they were making a deal to use their political influence to secure money for a district in return for votes. It is just like offering to buy votes with the government’s budget. Where does that money come from? Do they think they can ignore the nationwide balance and use the funds like a bank account? The situation raises question after question.

Moreover, a party leader said in rally, “This district is underdeveloped because voters chose a powerless party.” So does he mean that some regions were intentionally underdeveloped as political revenge? What does the party leader think a National Assembly member actually does when he says that he will drop a “budget bomb” if his party’s candidate is elected? Does he think that representatives are merely secret envoys to secure funds from the National Assembly?

Of course, some politicians make promises to resolve local complaints to win votes while abiding strictly by election laws. But voters are not so simple. The candidates may have made promises to get votes, but the citizens cast their votes for the Republic of Korea. It is evident in the election results. The citizens brought judgment to the politics of making vain promises and creating false images.

It is regrettable that not many candidates made specific promises for the future of our community, such as the promotion of science and technology, support for businesses and start-ups, the safety of the citizens and self-reliant defense. The parties’ promises were centered on development and had little difference from candidates’ promises. They were also filled with fine print. Not one of them is remembered now that the election is over. I want to see honest politicians who develop policies for the future of the community, rather than an immediate election, and endeavor to keep those promises.
JoongAng Ilbo, April 21, Page 28