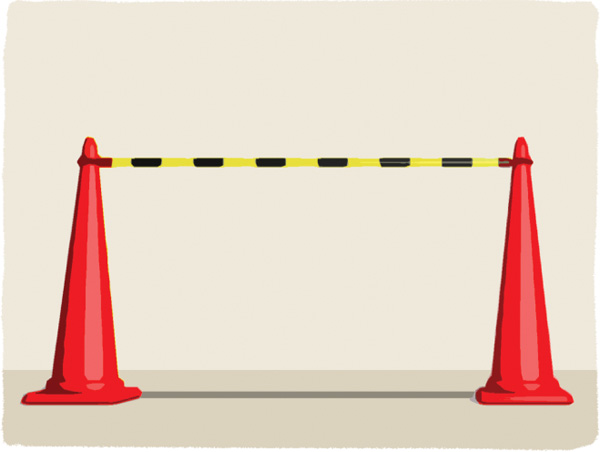 After coming into office, President Park Geun-hye sought to establish innovation as one of her administration’s central policy themes. But a crucial question for Korea is whether cultural factors — rather than policy — may constitute the deepest barrier to more rapid innovation. Does successful innovation require a willingness to accept — and even embrace — failure?

To understand why this might be the case, it is important to understand the logic of industry clusters, a development that is visible from Silicon Valley to East London’s Internet cluster to Singapore’s science parks. The core insight from these success stories is the significance of geography: that innovation thrives not in isolation, but when interconnected companies in a particular business niche are located close to one another.

Study after study reveals that the key to the success of such efforts is attracting talent. It is the dynamic movement of labor among firms, and even the social networks that form, that help create success.

But what is “talent,” exactly? To be sure, some of it resides in highly specialized skills. Thus, the observation that the university-private sector nexus is crucial to successful clusters; think Stanford and Silicon Valley or MIT and Route 128 in Boston.

Focusing on skills, however, is not enough. The elusive component of entrepreneurial talent that is hardest to capture is the laser-like focus of the entrepreneur on a novel idea.

Such focus implies the exposure to extraordinary risk. The point can be made by considering the venture capital model, which often undergirds successful clusters. Venture capital funds provide seed capital to new firms in return for an equity stake. But the key feature of the industry as a whole is that the vast majority of these investments fail entirely. The financial return on these failed investments is zero, but the social return on them is actually high when considered a necessary outcome of the venture capital process.

The willingness to take risk is no doubt partly a function of individual psychology, but culture may also matter.

In a widely read commentary on the role of failure in innovation, Baba Shiv noted two mind-sets with respect to risk. The first mindset is fearful of making mistakes. Such an approach characterizes most of us, and it is clearly crucial for organizations to function. But such a mind-set is also risk averse. Baba Shiv’s second mind-set is fearful not of failure, but of missing an opportunity — and particularly an opportunity that others might grab.

How does Korea fare with respect to this critical dimension of attracting talent into high-risk ventures? On the skill front, we still see some important mismatches between the educational system and the private sector. Korean 15-year-olds routinely rank among the best in the world in standardized international math and science tests. Korea is also among the very top in of all advanced industrial states in the share of those between 25 and 35 with a college degree.

But despite the high level of corporate research and development, the share of science and technology jobs in Korea remains relatively low for an advanced industrial state, and a surprising share of natural science graduates fail to find work related to their field of study.
The problem is not simply one of skills mismatch, however. It may also be related to attitudes toward risk and failure and status concerns. An educational system geared toward college entrance exams has created strong meritocratic expectations: work hard, and successful employment and promotion at a chaebol will follow.

But this attitude is one that is detrimental to Baba Shiv’s entrepreneurial conception of risk. Korea has heard ample advice about how this or that reform — of the financial system, of the labor market, of the educational system — will work to promote innovation. Does this advice ask the right questions?

Perhaps we need to go back to more fundamental issues, such as the willingness of parents to tolerate failures — or supposed failures — and to treat them as learning opportunities for their children.

This culture change may start with the near-sacred views that Koreans hold about education itself. Should teenagers who are not adept at academic work be going to college at all? Or should they be getting altogether different vocational skills, many of which might lead to entrepreneurial start-ups?

Is it better for a college graduate to stay unemployed — waiting for the perfect job — or to work at a small or midsize enterprise in order to gain experience in how business actually works? And is it even desirable for Korean kids to want to start companies? Many older Koreans are being forced into entrepreneurial activity by the rapid and disruptive changes in the labor market, and with a perception of loss of status and face. But what about the positive role such risk-taking generates for society as a whole?

Changing answers to these questions — a culture shift — may signal more about the future of innovation in Korea than the many policies the administration has tried to kick-start the new economy.


*The author is the Krause Distinguished Professor at the Graduate School of the University of California in San Diego.