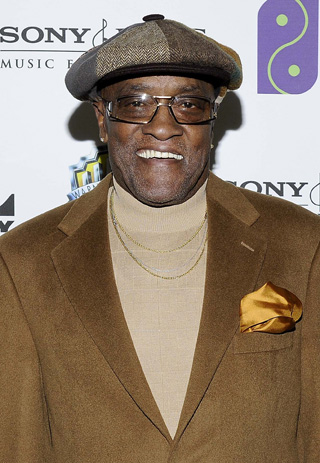 NEW YORK - Billy Paul, a jazz and soul singer best known for the No. 1 hit ballad and “Philadelphia Soul” classic “Me and Mrs. Jones,” died Sunday.

Paul, whose career spanned for more than 60 years, died at his home in Blackwood, New Jersey, his co-manager, Beverly Gay, told The Associated Press. Paul, 80, had been diagnosed recently with pancreatic cancer, Gay said.

Known by his beard and large glasses, Paul was one of many singers who found success with the writing and producing team of Kenneth Gamble and Leon Huff, whose Philadelphia International Records also released music by the O’Jays, Harold Melvin & the Blue Notes, and Lou Rawls.

“Me and Mrs. Jones” was an extramarital confession and a characteristic Gamble and Huff production, setting Paul’s thick tenor against a lush and sensuous arrangement. Many fans best remember the moment when Paul’s otherwise subtle vocals jump as they reach the title words, stretching out “Me” and “And” into multiple syllables and repeating “Mrs. Jones, Mrs. Jones, Mrs. Jones.” (Paul himself was married to the same woman for decades).

Paul’s voice made him “one of the great artists to come out of Philly and to be celebrated worldwide,” Gamble and Huff said in a statement late Sunday.

“Our proudest moment with Billy was the recording of the salacious smash ‘Me and Mrs. Jones.’ In our view, it is one of the greatest love songs ever recorded,” they said.

The song was one of the top singles of 1972 and brought Paul a Grammy the following year for best male rhythm ‘n blues performance, with runners-up including Ray Charles and Curtis Mayfield. Paul remained identified with the song for the rest of his life. AP