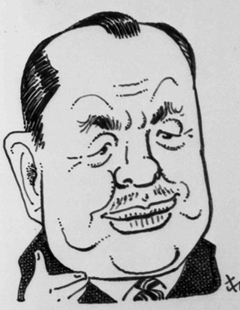 Restructuring in the shipping and shipbuilding sectors has been long delayed. The troubles are so deep that salvaging individual companies would be of little use. Layoffs are feared on the dockyards of Geoje and Ulsan on the southern coasts. The state-run Korea Development Bank is heavy with the non-performing and distressed loans of ailing companies.

These are the by-products of a complacent state bank, mindless government and legislature entirely engrossed with the election.

There is no more time to waste. The entire industrial landscape must be redesigned. Radical shutdowns and mergers must be implemented. While we dithered in restructuring, economic conditions at home and abroad have changed significantly.

Carriers and container lines are bound by international alliances. Companies find themselves at a disadvantage in freight rates and port services if they do not join a multi-shipping alliance. The ocean alliance is being realigned to three major ones from the traditional four. The biggest, 2M and Ocean led by French container-shipping giant CMA CGM and China Shipping, dominate the major east-west trade routes.

Korea’s two major shippers, Hanjin Shipping and Hyundai Merchant Marine, failed to get on the two deals because of their financial woes. They must turn to an alternative sea pact led by Germany’s Hapag-Lloyd. The two Korean shippers must shape up to get on an international sea order before it is too late.

This is the last chance to make things right. The government should re-examine both the shipping and shipbuilding industry. It must look at the big picture in redesigning the two sectors, and should come up with a detailed timetable for measures addressing massive job losses. It must also allocate funding to gauge public opinion. The government must not let the momentum go to waste.