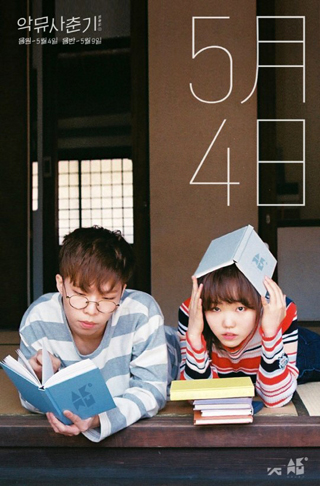 Lee Chan-hyuk, 19, one half of the brother-sister duo Akdong Musician, is planning to join the Army next year, meaning the pair will release another album in the fall, YG Entertainment announced Friday.

“We are planning to release another album sometime during the fall, following the one scheduled to be unveiled on Wednesday,” the agency said.

YG on Friday released the poster for the duo’s next album, “Puberty,” due out Wednesday.
The album consists of six tracks, all of which were composed by Lee himself, including the two title songs, “Re-Bye” and “How People Move.”

The album will be released online at midnight on Wednesday, and the CD will be released on May 9.
Lee and his sister, Lee Su-hyun, made their foray into the music scene via the 2012-13 season of the audition show “K-pop Star,” where the siblings ultimately won it all.

During the series of competitions, Lee’s songwriting and composing abilities earned many accolades from the show’s panel judges. The two musicians then took their talent to YG Entertainment and have been releasing many songs ever since.