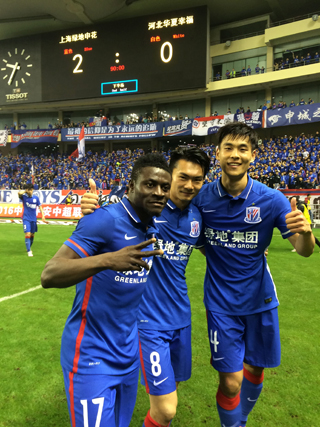 China announced a 35-Year Plan for Chinese Football Development to train 50 million players and become a “top class soccer nation” by 2050. China is good at long-term planning, projecting 35 years ahead for a single sport. 35 years is the time that took China to become the second largest economy after it opening to the world and robust economic reforms. Is the soccer goal feasible? Anyone and everyone who has anything to say about soccer has an argument. One newspaper cartoon showed a soccer association official saying “Don’t worry, we can buy players.”

To me, China is approaching the global M&A market just as it did soccer. Following central government’s policies, Chinese scouters, or companies, offer enormous transfer fees, or prices, to bring in foreign players, or foreign companies. In the first quarter, China had the most global M&As. China purchased Syngenta, the world’s largest crop chemical producer for $43 billion. Why is China so eager to make M&A deals? The answer can be found in football. No matter how hard you try, there are some things that require outside help. Football clubs bring in foreign managers, coaches and star players to work together and learn from them. China is eying taking over semiconductor and memory companies to strengthen its industry. When an M&A deal is made, China can acquire brands and market share as well as technologies. When a team scouts a star player, fans follow automatically. Lenovo made seven M&A deals, including IBM, and became the world’s largest laptop computer seller.

Of course, scouting top players does not guarantee a trophy. Similarly, the effects of M&A can be maximized when the domestic technological foundation is solid and constant efforts at innovation are made. China’s manufacturing industry set goals in the Chinese Manufacturing 2025 plan to be on par with Germany and Japan by 2025. In some areas, advances have already been made. Changan Automobile’s self-driving car finished a 2,000 kilometer (1242 mile) highway journey from Chongqing to the Beijing Motor Show. A Korean automobile industry insider said that even if a Korean company developed such a vehicle, that experiment would not be possible due to regulations.

Now, we can’t be assured that Chinese soccer will catch up with Korea’s level, much less the top international level. In soccer, confidence alone brings positive effects. However, in technological development and corporate management, arrogance and slackness bring disaster.