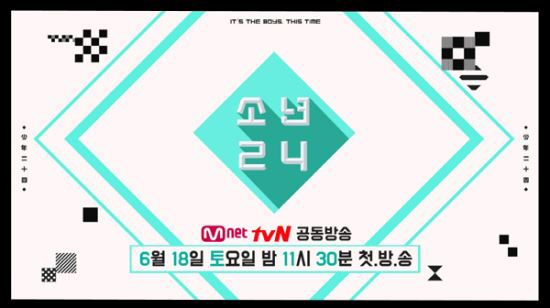 CJ E&M’s music content provider, Mnet, announced Monday its plan to launch next month the audition program “Boys 24” (working title), which will run in much the similar format as the popular audition show “Produce 101.”

“Produce 101” featured 101 trainees from 46 local entertainment agencies who competed for 11 final spots in a K-pop girl group. The 11 finalists then debuted as I.O.I at the end of the show, and the group has been enjoying a level of popularity that is rare for a fledgling act in the K-pop scene.

Much like the show it was modeled after, “Boys 24” will feature 49 trainees from many management agencies who will vie for 24 spots in a boy group.

Contestants will form small groups to conduct live performances every day for a year and eventually form a 24-member boy group.

“Whereas ‘Produce 101’ featured individual competition, this one will put more emphasis on teamwork, as the contestants will be grouped,” Mnet producer Oh Gwang-seok said.