Actress Moon Geun-young has been cast in a new movie titled “Yuri Jeongwon,” which translates to “glass garden.” 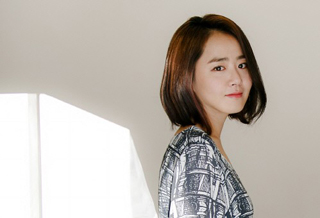 The distributor of the movie, Little Big Pictures, announced Thursday that the actress will take the lead role, with other roles yet to be decided.

Shin Soo-won, who won several awards for her previous movie, “Madonna” (2015), will be at the helm. The mystery flick reportedly revolves around Jae-yeon, a female researcher who experiences a strange series of events after putting herself in seclusion.

“Jae-yeon is the most greedy and enigmatic role out of all of Moon’s past roles,” the distributor said. “Fans can expect a downright transformation of the actress.”

“When I went through the script, the enigmatic aspect of the story immediately absorbed me,” the actress said. “I want this role bad, since Jae-yeon is a character I have never seen in any other movies.”

Moon’s latest movie was “The Throne” (2015), the popular historical drama in which she played a wife of Crown Prince Sado.

The upcoming film is slated to hit theaters sometime during the first half of next year.