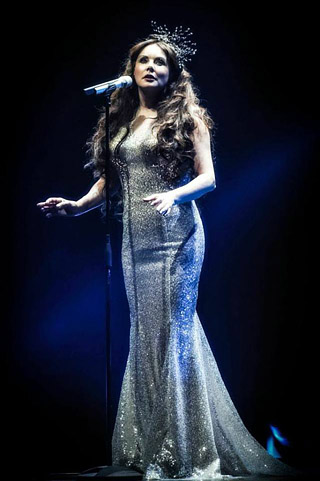 July 24: Sarah Brightman is coming to Korea for a fifth time along with an orchestra. A singer who pursues the genre of crossover music, which combines classical and pop music, she is also known for the famous song “Time to Say Goodbye” that she performed together with Andrea Bocelli.

The audience can look forward to her singing famous pieces such as “Nella Fantasia,” “Ave Maria,” “The Phantom of the Opera” and “Time to Say Goodbye.

Tuesday: Singer-songwriter Rachael Yamagata, who has been widely loved by Korean fans, is returning to Seoul. She will perform songs from her latest album, “Acoustic Happenstance,” on which she rearranged songs from her 2004 album “Happenstance.” Her song “Be Be Your Love” from the album became popular here in Korea after it was used in a TV advertisement.