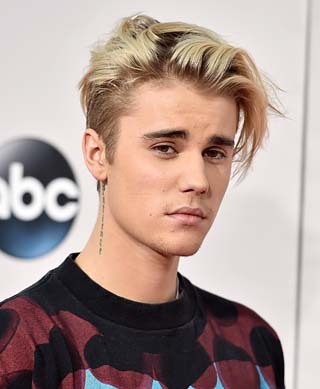 NASHVILLE, Tennessee - Justin Bieber and Skrillex have been sued for copyright infringement by singer-songwriter Casey Dienel for the multiplatinum song “Sorry.”

Dienel, who performs as White Hinterland, filed suit against the two performers and their publishing companies, Universal Music and co-writers in federal court in Nashville, Tennessee, on Wednesday. The suit claims “Sorry” uses a vocal riff from her song “Ring the Bell.”

Dienel’s song was released on her album “Baby” in 2014 on the independent record label Dead Oceans. Dienel’s lawsuit said her attorney sent a letter to Bieber’s lawyer and manager explaining the infringement but they didn’t respond.

Dienel is asking for unspecified damages and attorney’s fees.