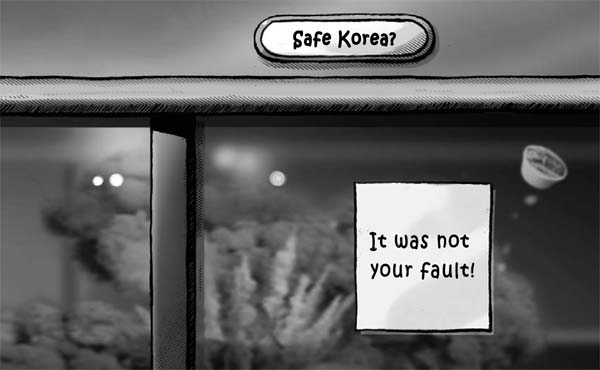 A 19-year-old contract worker was killed Saturday while repairing a platform door at Guui Station in northeastern Seoul, and on Wednesday, an explosion at a subway construction site in Gyeonggi killed four. Members of the public starting posting sticky notes on an impromptu shrine to show their sorrow for the tragic deaths — and anger at the mismanagement that led to them.