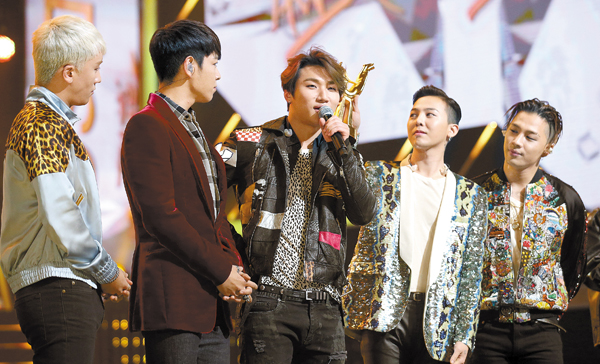 K-pop boy group Big Bang will unveil a new movie titled “Big Bang MADE,” part of a project to celebrate the 10th anniversary of their debut.

The film, which will open June 30, will show scenes of Big Bang staging 66 performances in 13 countries during their “MADE” world tour from April 2015 to March of this year. A few of the countries they visited include Japan, China, the United States and Canada.

The upcoming film, which will be available solely at CGV theaters, will show Big Bang’s performances as well as the 1.5 million fans who attended the concerts.

“In accordance with the five members’ wishes, the film will include scenes that reveal their true character,” according to YG Entertainment.

“The movie will show how the boy group honestly felt about the renewal of their contract with their entertainment company, which expired during their MADE tour.”