She will always have Paris

She will always have Paris 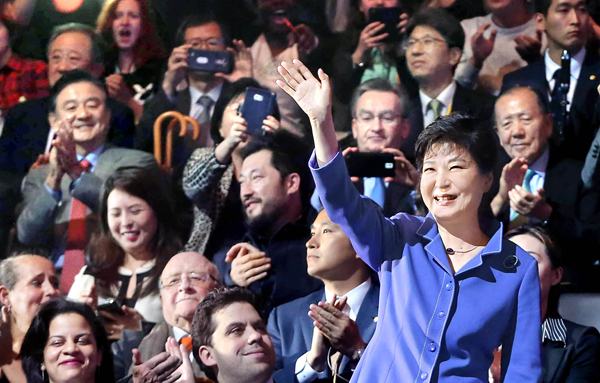 President Park Geun-hye attends a K-pop concert held in the AccorHotels Arena in Paris on Thursday, during her state visit to France to commemorate the 130th anniversary of Korea-France diplomatic relations. The president waved to the audience after she was introduced by the show’s host. [KIM SEONG-RYONG]