How ugly the rhetoric will get

How ugly the rhetoric will get 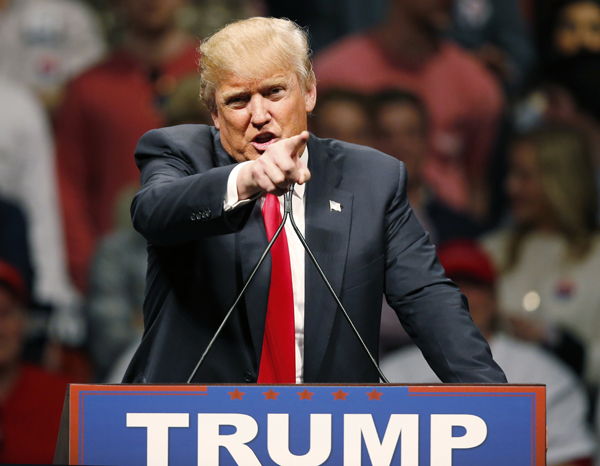 In Korea, UN Secretary General Ban Ki-moon is known for his ambiguous speech. In Japan, Prime Minister Shinzo Abe is the one. He likes to use the conditional phrases like “for now…” He slyly avoids responsibility like Ban, who is nicknamed “slippery eel.” But once, I was surprised to hear Abe using firm expressions. It was on November 18, 2014.

At a press conference at his office, Abe said, “It was originally planned to raise the consumption tax from 8 percent to 10 percent in October 2015, but it has been postponed. But the tax rate will ‘surely’ be raised 18 months later. I firmly promise to all of you.” But on June 1, Abe once again postponed the consumption tax hike by two and a half years. “It is a new decision different from the past promises,” he said. But two and a half years from now, he won’t be in office any more.

It is almost comical. But what’s even funnier is that key government officials follow his command unconditionally. Abe has already influenced ruling party leadership thoroughly. In the Japanese culture of “consideration,” prior arrangement is more valued than a promise. To the Japanese people, the worst kind of insult is to say someone is “lacking courtesy.”

How about in Korea? When Ban came to Korea, the opposition party said that he should keep loyalty to Roh Moo-hyun. President Park Geun-hye suffered general election defeat as she tried to fix the politics of betrayal. Ban visited Hahoe Village, and its symbolic figure Ryo Seong-ryong was a champion of loyalty. In Korean society, loyalty is the highest value among friends, at work and even when arranging celebrity appearances.

But the values that Americans regard highly are very different from Korean and Japanese values.

My one-year stay in the United States has taught me that lacking courtesy, loyalty or consideration for others may not be a big problem. But Americans cannot stand dishonesty and frequently changing views. Interestingly, people are more appalled by Hillary Clinton’s lies than Donald Trump’s harsh and insensitive remarks. While Trump lies a lot, he is more associated with controversial language.

Americans are more furious at a single lie by Hillary Clinton than 100 insults by Trump. They think Clinton intentionally lied that she had only used her personal email server — which contained more than 30,000 emails — to exchange emails with her husband but Bill Clinton said he had only written two emails in his life. The worst insult to an American is a liar. So whether you like Trump or not, he is effectively attacking rivals by calling Ted Cruz “lyin’ Ted” and Clinton “Crooked Hillary.”

With five months left to Election Day, no one knows how ugly this fight will get. But one thing is certain: In the United States, ambiguous “slippery eel” language does not work.