A city has figured out the future

A city has figured out the future 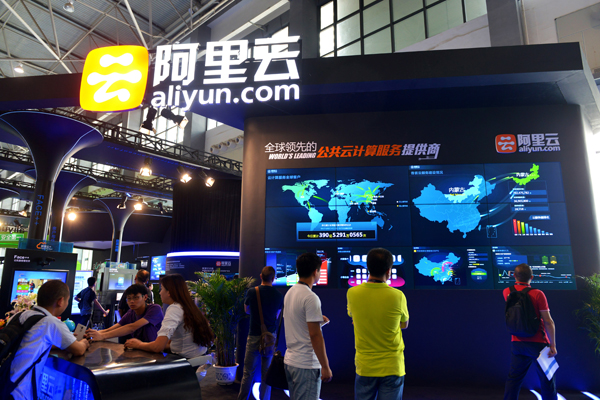 Alibaba’s artificial intelligence booth at an electronics show in Shenzhen, China, in 2015.

China’s Xi Jinping recently declared that he wants China to rank as one of the world’s most innovative countries by 2020 and to top the list by mid-century. Going by past practice, this probably means a lot more money being poured into dodgy startups and ill-conceived high-tech schemes. There’s a better model to be found, however, one that’s surprisingly close to home: the southern boomtown of Shenzhen.

The city’s Nanshan district, home to a huge High-Tech Industrial Park, is now China’s richest, with a higher per capita GDP than even capitalist Hong Kong, just across the border. Indeed, Shenzhen’s rapid success could well be more remarkable than the latter’s: Little more than a fishing village in 1979, when Deng Xiaoping decided to launch China’s reforms in a special-economic zone there, Shenzhen has since grown into a megacity of more than 11 million people with a GDP five times Macau’s.

At an average of $727 per square foot, real estate prices are higher than anywhere in the United States; the city will soon be home to the world’s fourth-largest skyscraper. It’s little wonder that in 1992, when support for his reform agenda was flagging, Deng returned to the city to remind Chinese of the virtues of entrepreneurship and private enterprise.

Today some 8,000 tech companies have set up shop in the city, including internet giant Tencent and telecommunications company Huawei Technologies, as well as the world’s largest drone maker; the $3 trillion Shenzhen exchange is devoted to high-growth tech startups.

Not every city in China can become Silicon Valley, of course. And Shenzhen had a particularly good base upon which to build, given that the surrounding Pearl River Delta is home to the thousands of nimble manufacturers that assemble most of the world’s consumer appliances. But the city itself has gotten some key fundamentals right.

First and foremost, it’s a true melting pot. To a far greater extent than other Chinese megacities, Shenzhen has eased the path for migrant workers to become full citizens: Anyone who buys an apartment is entitled to full residency rights. Ambitious risk-takers from around the country flock to the city to make their fortunes, unencumbered by history.

By contrast, Beijing remains the preserve of party elites, while Shanghai is notorious for shunning outsiders. In both cities, bureaucratic infighting and middle-class resistance continue to hamper efforts to liberalize the hukou system of household registration. That condemns low-skilled migrants to black-market status in areas like education and restricts the flow of labor to where it can most effectively help businesses grow. If China’s cities want to develop ambitious, hardworking and entrepreneurial workforces, they need to do better at welcoming newcomers who embody those traits.

Second, Shenzhen has created the most business-friendly environment in China. It’s relatively easy to set up a company and to transfer funds overseas. The World Bank generously estimates it takes more than 31 days and 11 different procedures to start a business in China. Officials in Shenzhen’s Qianhai Enterprise Zone boast they can register a foreign-invested firm in eight days. Thriving venture capital and private equity firms now fill the city, which helps foster risk-taking.

Given its lack of natural resources, Shenzhen has focused instead on freeing people to innovate: Together the government and local companies invested more than $3 billion in R&D last year, nearly 6 percent of GDP; the nationwide average is only 2.3 percent. All across the city, posters declare that “innovation [is] encouraged and failure tolerated.” City officials actively promote more open financial markets, so that entrepreneurs have an easier time tapping funding.

Deng’s reforms in 1979 were rooted in a single thought: They empowered individuals and promoted entrepreneurialism, rather than reinforcing the state-dominated status quo. If China truly wants to build a 21st-century economy — a must, given its shrinking population and rising labor costs — it’s going to have to do the same. Shenzhen is proof the formula works.