Korea edged Belarus in the final match of the group stage on Wednesday 66-65 and advanced to the quarterfinals as second in the group, keeping their hope for their first ticket to the Olympics in eight years. Forward Kang A-jeong of Korea led in scoring with 18 points, while Kim Dan-bi added 17 to boost Korea over Belarus. FIBA picked Korea’s 17-year-old center Park Ji-su as the “hero of the game.” Not only was Park solid under the basket against the Belarusian twin towers Anastasiya Verameyenka and Yelena Leuchanka, but Park also nailed the go-ahead basket to ensure Korea’s win over the European team.

Twelve teams have been competing in the qualifications tournament, with only eight remaining after Wednesday. Four teams that advance to the semifinals will automatically earn spots in the Olympics. The rest of the four teams will compete for one remaining ticket during the fifth place playoff. 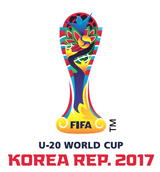