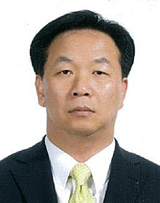 President Park Geun-hye appointed Kim Dong-keuk, her current secretary for personal affairs, as the new personnel management minister Friday, replacing a former aide who previously made headlines for being the first non-public official to take the role.

Kim, a Seoul National University graduate who passed the civil service exam in 1992, will replace Lee Geun-myeon, who said he was bowing out due to health problems.

Lee worked for decades in Samsung Group and was named personnel management minister in November 2014, a deputy minister-level role.

Jung Youn-kuk, a spokesman for the Blue House, said during a briefing on Friday that Kim has focused most of his 30-year career in public service on personnel management, and that he has become an “expert” in the field.

Having worked as President Park’s personal affairs secretary for more than three years now, the Blue House official added that Kim well understands her “governmental management philosophy” and that he was thought to be the perfect person to carry out the president’s “various personnel reformation duties.”

Denying rumors he was being kicked out of the Blue House due to his corporate work style, Lee, the former personnel management minister, underscored in a telephone interview with the JoongAng Ilbo on Friday that he was resigning due to his deteriorating health conditions.

“My doctor told me I shouldn’t be working like this,” Lee said. “Honestly, it was a really intense duty.”

Lee did not specify what those health problems were, but local media report he had heart surgery in the past. As for future plans, Lee said he would try to recover and then focus on personnel management in local society.