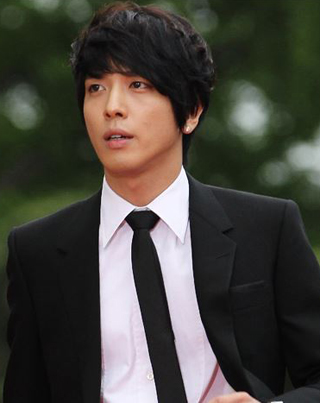 Singer-actor Jung Yong-hwa from K-pop boy group CNBlue was summoned by prosecutors on Tuesday for alleged involvement in insider trading.

The 27-year-old celebrity is suspected of having earned some 200 million won ($173,000) in July 2015 by illegally using information from his talent agency, FNC Entertainment, which was planning to sign an exclusive contract with a popular celebrity.

Jung reportedly purchased 21,000 shares of the agency and sold them off when the celebrity’s exclusive contract with FNC Entertainment was officially announced.

The entertainment company refused to make an official statement until the investigation concludes.

The case came as a particular shock to Jung’s fans, as the star has said on various TV programs that he is not interested in money.

When asked how much he had earned from the use of his own songs during his appearance in the tvN reality program “Taxi” in 2013, the star said, “I have not counted it. I am afraid that people will think that I am doing music for the money.”

Jung debuted in 2009 through the SBS drama “You’re Beautiful.” He later debuted as a leader of K-pop boy group CNBlue in 2010 with the mini-album “Bluetory.”