Growth must be shared to advance

Growth must be shared to advance 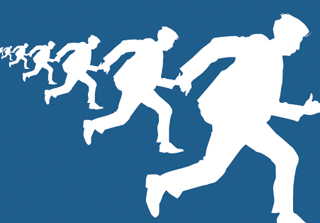 The issue, as expected, was the economy. On June 23, the British people chose “Brexit.” Most of the ordinary British people made the decision mainly because of the extreme economic inequality based on the neoliberal, capitalist market economy. Since the 2008 global financial crisis, Europe and the United States admitted to the failure of the neoliberal market economy and are seeking a new economic model.

In Korea, policies of shared growth, economic democracy and fair growth were promoted due to the need of resolving the worsening economic inequalities and regrowth, and the public has shown high interests. But the three policies, despite the interests of the politicians and the public, are not clearly distinguished and understood. The following will provide concepts of the three policies and comparison in order to improve understanding on them.

Therefore, shared growth policy promotes the cooperative competition, where the members of the community can become joint victors, while ruling out the “winner-takes-all” competitions. It is not to take something away from the haves and give it to the have-not. It is an idea of growing a bigger pie and improving distribution at the same time. The relations covered by the policy are not only the relations among conglomerates, mid-size firms and small companies but also the relations between the rich and the poor, between the urban residents and rural populations, between Seoul and other parts of the countries, between genders, between generations, between the two Koreas and international relations.
Economic democratization policy means an economic society is changing democratically. A capitalist market economy can be seen as a large exchange system. In a capitalist market economy, we can say economic democracy is established when members of the society, such as companies, laborers and customers, formed an equal relationship and when one member cannot overwhelm others and when one can always freely refuse to take part in an exchange with another if he or she thinks the deal is disadvantageous.

A fair growth means a fair trade in a market. The policy aims at ending conglomerates’ verbal orders to small companies, their thefts of technologies, their unreasonable cut of supply prices and their payments with long-term promissory notes. It is also a policy to nurture venture companies while giving second chances to the losers.

The core of the neoliberal, capitalist market economy is the “winner-takes-all” competition in which an individual can pursue profits indiscriminately and freely. But it led to a confession by David Rubenstein, co-founder of the Carlyle Group, that “If we don’t [improve the Western economic model] soon I think we’ve lost the game.”

From this perspective, economic democratization and share growth have limits. Even if the economic democratization policy resolves the monopoly of conglomerates, offer opportunities of free competition to small firms and workers, and even if the fair growth policy will create systems and laws to induce fair competition, competitions in the market will mass produce the losers unless special moral and ethical limits are created to the community and the people. When these processes accumulate, we will face yet another economic inequality.

According to many researches of the human history and economy, participants of a competition win more when they compete and cooperate at the same time. In order to create a desirable economic order, a fair and free competition is important, but a culture and system of cooperative competition must be established more widely and deeply. The impartial spectator spirit of the 21st century is the sense of partnership to cooperative, grow together and share together. That will allow sustainable happiness and economic development for the members of the community. That is why I believe shared growth is the best model to overcome the instability of household economy and bring about a new economic leap.