Ikea refunds dressers but continues to offer them

Ikea refunds dressers but continues to offer them 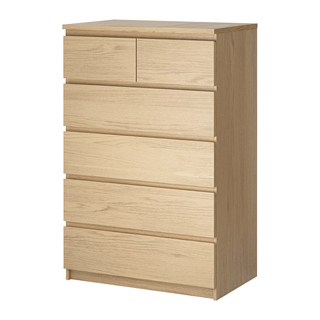 Ikea, the Sweden-based furniture and home accessories retailer, announced that it will give refunds in Korea for dressers that are prone to tip over. It had limited the recall to North America prior to its announcement Wednesday.

The Korea Consumer Agency was unhappy because the refunds will only be given to customers who request it, and the dangerous dressers will continue to be sold in Korea.

In North America, the furniture company is providing refunds on roughly 35.6 million dressers sold and it has discontinued sales of all the models involved. For customers who want to keep the dressers, Ikea is offering to send workmen to their homes to anchor the dressers to walls.

“The dressers have caused deaths and we think the products contain critical defects regardless of whether actual deaths happened in Korea or not,” a spokesperson of the Korea Consumer Agency said. “We are asking for a complete recall, meaning discontinuing sales of the product in the market.”

MALM dressers, a popular low-cost model, tipped over and killed three children in North America in the past two years. Following the death of the third child in February, the company announced a recall plan on June 28 of MALM and other models.

The recalls were only offered to customers in North America.

Ikea responded on Wednesday saying it will give refunds if customers ask for them.

On Ikea Korea’s website Thursday, there was no official notice of the refund on the main page. An online banner read, “We all want our home to be a safe place.” When you click on the banner, it leads to a page that explains how to anchor dressers to the walls and gives a phone number of its customer center.

Information on refunds was updated on the page only after late Thursday night.

“The purpose of a recall is to remove problematic products from the market. If Ikea continues to sell MALM dressers in Korea, the dangers will continue,” the spokesman from the consumer agency said.

The Korea Consumer Agency is preparing measures to force the Swedish company to implement the same level of recall as in North America. The Korea Agency for Technology and Standards is also preparing a safety test on dressers sold in Korea. Ikea maintained it is discussing recall measures with the two institutions.

Past cases of discrimination that angered Korean customers include Volkswagen’s failure to compensate customers after its emissions-rigging scandal.