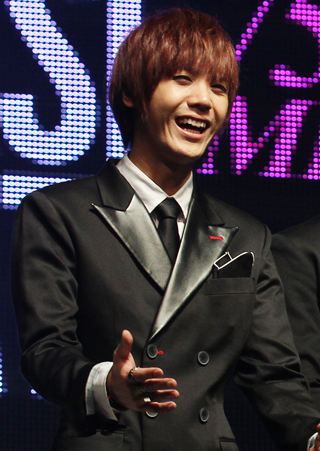 Singer Mir of the K-pop band Mblaq will begin his mandatory military service tomorrow, according to the band’s official fan club on Tuesday.

“I will be entering military training camp on July 14,” the 25-year-old singer wrote on the fan club’s website.

“Many of you may have been surprised by the news, and I am sorry for that. So far, I received overwhelming love from many of you, and I think I will be able to use the enrollment as an opportunity to become more mature and to further develop my [music] skills.”

According to Mir’s talent agency J-Tune Camp, the singer will be working as a civil servant rather than a soldier following training because of problems with a spinal disk that required surgery.

Mblaq released their first album “Just Blaq” in 2009 as a five-member group. Two members have since left, and the three original members remain.

Since their debut, the group has released several hits including “Mirror” and “Smoky Girl.”