An absence of passion

An absence of passion 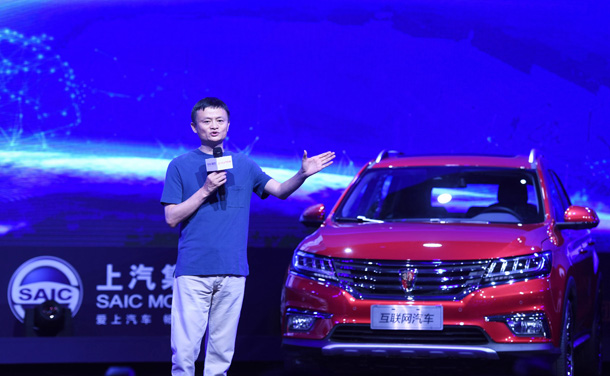 “Chinese industries are escaping from Korea,” said a Chinese businessman. We’ve been friends for ten years, and he used to praise Korea’s industries. But lately, he criticized Korea’s understanding of China’s situation. “It doesn’t make sense that Korea’s exports decreased due to China’s low growth.

When the market was 100 in the past, 17 percent growth meant an increase by 17. But when the market is 1,000, a 7 percent growth would lead to an increase of 70.” He claimed that the Chinese market was constantly growing. A Chinese expert said that Chinese businessmen have wild drive. They are full of entrepreneurship. It is evident that Chinese companies are changing.

Last week, China’s Alibaba and SAIC announced the world’s first commercialization of the “connected car.” Carmakers and communications providers around the world consider connected cars to be a new industry of the future.

Leading companies are reluctant to commercialize them, not because they lack necessary technology but due to various challenges involving hacking and exploiting the cars’ operation systems. But the Chinese companies ignored these issues and introduced the product first.

The most notable part of the announcement was not the car but Alibaba’s original internet operating system installed on the car, YunOS. Developed in 2011, YunOS is an operating system for the Internet of Things (IoT) that already has more than 1,000 partners and is used in various smart devices and appliances in China.

In the PC era, Microsoft Windows dominated the operating system, and in the mobile era, Apple’s iOS and Google’s Android commands the market. For the upcoming age of IoT, Alibaba advertised its OS in a dramatic way by installing it on the world’s first commercialized connected car.

The Chinese electric carmaker BYD invited Korean, Chinese and Japanese press to the test drive event. Korean and Japanese reporters were surprised by its performance. While Korean companies were reluctant to invest in electric cars, China has become the leader in production and sales of electric cars.

Last year, about 200,000 electric cars were sold in China while Korea sold 3,000. If you apply the industrial formula of the past, when China’s electric car business is booming, related industries in Korea should also thrive. For example, LG Chemical and Samsung SDI, leaders in batteries for electric cars, should benefit.

However, the two companies failed to meet China’s standards. Instead, China has invested 20 trillion won ($18.3 billion) in the battery industry. China can do business on its own, and there will be no crumbs left for Korea.

Korean companies struggle in the Chinese market not because of low growth but due to the changed rules of the game. Since Hu Jintao’s leadership, Chinese authorities have been motivating entrepreneurship, setting the spirit free to imagine and realize anything.

We need to admit that Korea falls behind China in entrepreneurship.

According to the Korea Economic Research Institute, Korea’s entrepreneurship index fell from 150.9 in 1976 to 66.6 in 2013. As third and fourth generation heirs of the founders began to get involved in management, they became excessively cautious and focused on safe management, and the wild, pioneering spirit has disappeared.

Companies complain that they may suffer from China’s economic retaliation over the Terminal High Altitude Area Defense (Thaad) system deployment. In the United States, Democratic and Republican parties prepared a plan to implement trade protectionism.

Our economy is beset by challenges, but what’s frustrating is not the external situations but the absence of passion.

Businessmen lost their passion and instead seek excuses. In the past, Korean companies were full of ambition. As the Korean proverb goes, “Even when you are caught by a tiger, you will survive if you keep your cool.”