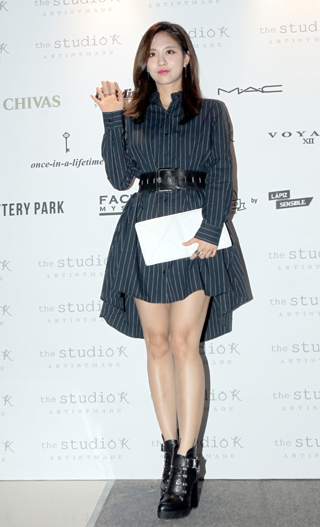 Singer Fei from K-pop girl group Miss A will release her first single as a solo artist, “Fantasy,” on July 21, her label JYP Entertainment revealed Friday.

As part of the announcement, JYP Entertainment unveiled two teaser images of the Chinese artist. They show her with her hair dyed red, in a room illuminated by red lights.

The label did not disclose any information about the song itself.

The single was originally scheduled to be released on July 19, but was delayed because of changes to the music video.

Since Fei entered the entertainment scene, she has also appeared in numerous reality shows such as “Shaolin Clenched Fists” (2015-16) and “Cooking Korea” (2014-15). She has also starred in Chinese reality shows like “If You Love” (2014), a spin-off of Korea’s “We Got Married.”