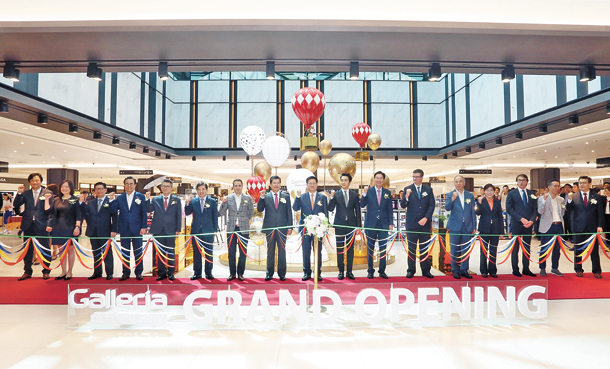 Hanwha Galleria CEO Hwang Yong-deug, center, and other dignitaries celebrate the grand opening of Galleria Duty Free 63 in Yeouido, western Seoul, on Friday. The duty-free store officially opened six months after part of the facility opened to the public in December. Hanwha Galleria said it plans to draw larger groups of customers with other attractions in the skyscraper, which includes an observatory and museum at the top of the building as well as an aquarium. The company spent seven months renovating the country’s first aquarium, which now houses 30,000 marine animals from 250 species. [HANWHA GALLERIA]