Will fair weather come after rain ?

Will fair weather come after rain ? 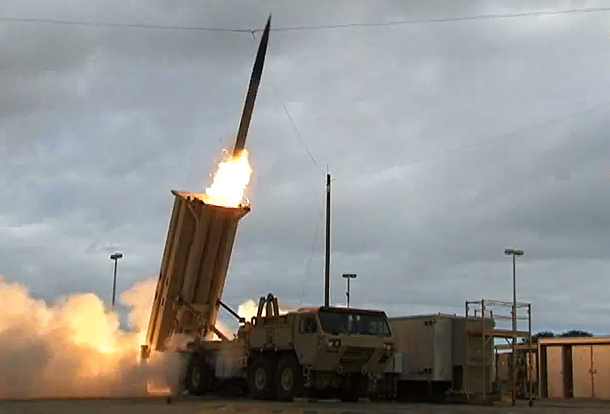 “How could Korea do this?” Many Chinese people confronted me after the Korean government made official the deployment of the controversial Terminal High Altitude Area Defense (Thaad) antimissile system in Seongju, North Gyeongsang. Chinese said they felt betrayed and hurt as they hoped Korea would not go for Thaad when China vehemently opposes it. What led China to have such expectations to begin with?

While Korea views Thaad in terms of security sovereignty, China considers it a part of America’s Asia rebalancing strategy. To China, rebalance in Asia is another way of saying encircling China. China’s strategy is to establish a “New Model of Major Country Relations.” The premise of the peaceful coexistence of the existing power and the new power was to recognize China’s influence in the Asia-Pacific region. Whenever Chinese President Xi Jinping visited the United States, he emphasized, “The broad Pacific Ocean is vast enough to embrace both China and the United States.” Xi proposes a plan for both countries in the Asia-Pacific region just as Zhuge Liang had plans for the Three Kingdoms in ancient China.

Then China made efforts to keep Korea on its side. A strategist in Beijing said, “In order to break the siege on China, the Korea-U.S.-Japan alliance should be broken. China initially worked on the Democratic Party in Japan, which had toppled the hawkish Liberal Democratic government. But the Senkaku Island dispute made the efforts futile. Then, Korea emerged as the weakest link, as Korea heavily relies on China economically and could form a united front against Japan on history issue.”

It is uncertain whether that really was China’s intention, but Korea and China had become close rapidly. The climax was President Park Geun-hye attending the Tiananmen military parade last year. As Park was standing next to Russian President Vladimir Putin on the Tiananmen Gate, Beijing must have expected that Korea would not disappoint China and side with Uncle Sam entirely. The expectation grew into a stronger conviction as the Korean government maintained ambiguous stance on the Thaad deployment for over two years. But China was hoping for too much. Park attended the military parade only to send the message that Korea values China.

Korea also had excessive expectations. Just as Korea-China relations improved, Seoul hoped that China would support Korea’s position on the North Korean policy. While China participated in the sanctions, it also allows the breathing room for the North. Excessive expectations actually come from a lack of communication.

A Chinese expert compared Seoul-Beijing ties to the early stage of romance. The couple is passionate about each other only to experience troubles soon. I believe that the bilateral relationship should be more of friendship than romance. To become true friends, Korea and China must overcome conflicts of interests or discords from misunderstanding. President Park said, “After rain comes fair weather.” She was referring to the internal conflict in the ruling Saenuri Party. But it can also be applied to the Seoul-Beijing relations.

Coincidentally, the remark came on the day when the Thaad deployment was announced.