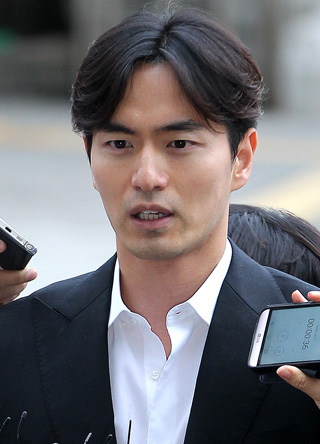 Actor Lee Jin-wook has sued an unnamed person for spreading a rumor related to accusations he raped a woman, his agency C&Co Ens said Wednesday.

“The widespread rumor is a mostly one-sided argument that the female accuser put forth,” said the agency, emphasizing the accusation was baseless.

“Lee filed a complaint to the police, requesting thorough investigation and severe punishment.”

The rumor about the charges have been swirling since Tuesday.

According to details released by the police, a woman in her 30s accused the actor of rape on July 14. She said it took place two days earlier, at her home after the two had dinner together.

Lee firmly denied the charge and countersued her on July 16 for false accusation. Lee doesn’t contest they had a sexual encounter, but claims it was consensual.

The actor was questioned by police Sunday and the investigation is still ongoing.

The police still have yet to confirm that intercourse took place, but are testing a DNA sample taken from the woman’s underwear.