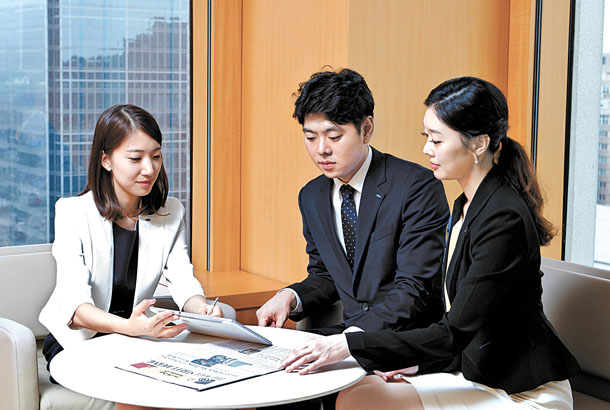 Samsung ASEAN Fund, which invests in various Southeast Asian countries, is being promoted as a way to find returns in a tumultuous global economy. [SAMSUNG SECURITIES]

Samsung Securities is offering “Samsung ASEAN Fund” as a way to find returns in a tumultuous global economy.

Samsung ASEAN Fund invests in companies with high growth potential established in Association of South East Asian Nations (ASEAN) member countries. Since the beginning of this year, the fund has returned 14.28 percent, fnGuide reported July 13. Over the last five years, its rate of return has averaged 58.5 percent, and since it was established in 2007, it has seen accumulated returns of 151.66 percent.

The fund invests in places like Singapore, which has a financial business and services industry that is steadily profitable; Thailand, which has manufacturing companies that have been becoming increasingly competitive; and countries such as Indonesia and Vietnam, which are transforming into global production bases that will replace China because of inexpensive labor costs.

Moreover, the Samsung ASEAN Fund is mainly investing in countries that are part of the ASEAN Economic Community (AEC), which became the fourth-largest economic bloc with the population of 630 million when it formed in 2015.

Through the establishment of the AEC, trade between the participating countries is likely to become more active, while the construction of transportation infrastructure connecting the countries will be carried out.