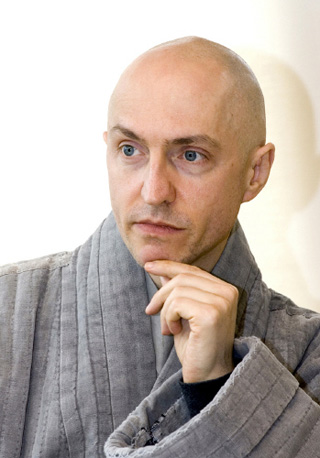 When I was young, a certain question drifted through my mind whenever I went over the Samil Overpass, which has since been demolished. The large outdoor billboard for a clothing advertisement featured male and female Caucasian models.

Back then, Koreans openly took pride in being a homogenous nation. The question that always came to mind was, “Did foreign models make the same outfit look better?” Today, there are over 2 million foreigners living in Korea, and Korean stars are celebrated around the world. But the packaging of hosieries and underwear made in Korea still feature Caucasian models.

Perhaps these advertisements project Koreans’ complex toward foreigners. In fact, Koreans are very sensitive about how foreigners perceive Koreans. And it’s not just any foreigners, either, but more precisely English-speaking Caucasians. If a foreigner is an elite, Harvard-educated individual, sensitivity skyrockets. Similarly, people respond sensitively toward how leading media such as The New York Times covers issues related to Korea.

Venerable Hyon Gak recently posted a criticism of the Jogye Order of Korean Buddhism on Facebook, and the post started a heated debate. Hyon Gak is a blue-eyed Harvard-educated American. He wrote that he would end his 25-year-long relationship with Korea and added that in Korean Buddhism, “blessings are money.” While he later said that his true intention was misinterpreted due to his “poor Korean,” the controversy continued.

It is no news that Koreans seek blessings through money, and not just from Buddhism, either. The Buddhist temple in Gangnam and the mega-church in Yeouido report annual incomes of tens and hundreds of billions of won. But it is strange and sad that Ven. Hyon Gak’s criticism inspired such widespread calls for self-examination of Korean Buddhism. Aside from what this controversy is about, it is quite unfortunate to see the public so harshly condemn Korean Buddhism.

Interestingly, we Koreans have double standards, for we respond sensitively to foreigners’ views but are reluctant to embrace foreigners as part of our society. Before the posting was removed, Ven. Hyon Gak had originally written, “foreign monks in Korea are a mere decoration for the Jogye Order.” This is not a problem that only applies to the Jogye Order.

When we don’t directly face our internal problems, we fret when foreigners address them for us. This is a general tendency of Korean society, and it shows that Koreans have great pride but low self-esteem.