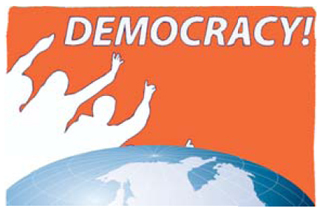 Democracy in the world is not doing well at the moment. Even before the fall of the Berlin Wall and democratization in Eastern Europe, the number of democracies had begun to expand. This wave of democratization was fueled by changes of regimes in Southern Europe, Latin America and East Asia, including the developments in the Philippines in 1986 and Korea in 1987.

But from the mid-2000s, democracy started to stall out and even reverse. In a few cases, such as Thailand, the route to authoritarian rule was the old-fashioned military coup. But the dominant pattern of democratic reversal is now what might be called “backsliding”: the gradual accretion of powers on the part of executives, often with popular support. Among the more obvious examples are Putin’s Russia, but sadly the phenomenon is more widespread: Hungary, Bolivia and Ecuador, South Africa, Turkey and now the Philippines, where a newly-elected president has threatened to kill criminals without even the pretense of due process.

But the problem runs deeper still. Even in established democracies, support for democratic rule is waning and political apathy is on the rise. The share of respondents believing that is “essential” to live in a democracy has fallen steadily in both the U.S. and Europe; surprisingly, younger voters are the most indifferent. In Asia’s liberal democracies — Taiwan, Korea and Japan — respondents still support democracy but frustration with actual political institutions is at all-time highs.

I am a baby boomer, born just after the onset of the Korean War. For the first time in my life, there is an open discussion of authoritarianism in the United States, fueled by the candidacy of Donald Trump and the blatantly unconstitutional nature of several of his signature proposals. These include claims that a sitting judge of Mexican heritage — but American birth — was unqualified to rule in certain cases, that Muslims should be banned from entering the United States, and support for torture of terror suspects.

However, the most chilling example of such rhetoric is how Trump and his advisors will respond in the case he is defeated. Claiming that the election might be rigged, Trump is setting the stage not only for a de-legitimation of a Clinton presidency, but for the de-legitimation of the very electoral processes on which democracy rests.

These developments suggest that democracy may be more fragile than we think, resting ultimately on shared understandings among people about how to conduct political life and even on their psychological dispositions and old-fashioned virtues.

Political scientists typically see democracy as resting on two fundamental pillars: free, fair and competitive elections; and the protection of civil and political liberties. One increasing risk to democracy is failure to understand the significance of both of these pillars.

Majoritarianism is on the rise: the belief that if majorities support a strong man and a roll-back of checks and balances and basic freedoms, these derogations are justified under the principle of majority rule.

But they are not. The core of democracy is constitutional protection of the rights of those who are in the opposition, or even in small minorities. Without this tolerance, this restraint, democracy becomes an empty shell.

Which takes us in an unexpected direction: that democracy may ultimately rest on certain virtues and habits of mind. The ancient Greek masters — Socrates, Plato and Aristotle — sought to warn us against the sophists and demagogues: those who would appeal to fears and emotions in order to garner support.

But we know from a growing body of psychological research that despite the many needs which our emotions serve — from an early warning system to a source of pleasure — they can interfere with deliberation. Americans currently believe that they are at risk of terrorist attacks, despite the fact that more people die every week from automobile accidents and shootings than have been killed in all terror attacks on U.S. soil since 9/11. A common pattern in virtually all backsliding cases: incumbents use security challenges to roll back checks and balances and to limit civil and political freedoms.

Is Korea at risk to the dangers currently playing out in the U.S.? My general instinct is “no,” perhaps in part because of the country’s relative ethnic homogeneity and the absence of racial and religious scapegoating. But a place to continually watch is tolerance for free speech, where Korea’s record has shown some deterioration in recent years: permissive libel laws, limits on internet contact and campaign speech and the hopelessly-outdated National Security Law. Democracy can never be taken for granted; no less than our national security, its defense requires both vigilance and cool thinking.