Hanjin’s fate in hands of a court

Hanjin’s fate in hands of a court 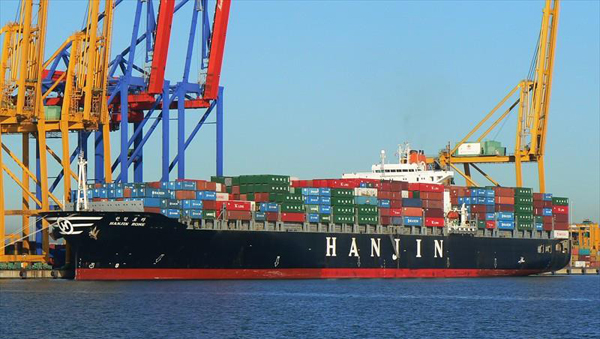 Upon news that Hanjin Shipping’s turnaround plan collapsed on Tuesday, a court in Singapore provisionally seized one of the troubled shipping company’s chartered vessels, the Hanjin Rome, because of unpaid charter fees. [NEWSIS]

Hanjin Shipping filed for court receivership and requested the court to ban any sales of its assets. But the government, which is its major creditor, has already planned out to merge key assets, namely the shipping company’s overseas networks, with rival Hyundai Merchant Marine’s in the hope of saving the nation’s shipping industry.

The board of the country’s No. 1 shipping company - the world’s seventh largest - filed for court receivership at the Seoul central court a day after creditors led by the Korea Development Bank decided to pull the plug. That decision came after Hanjin Group Chairman Cho Yang-ho failed to meet creditors’ demand that he come up with 1 trillion won ($896 million) or more to turn around the company.

Six of seven directors on the board attended a meeting Wednesday and the decision to enter a court-ordered restructuring program was passed unanimously. Cho did not attend. 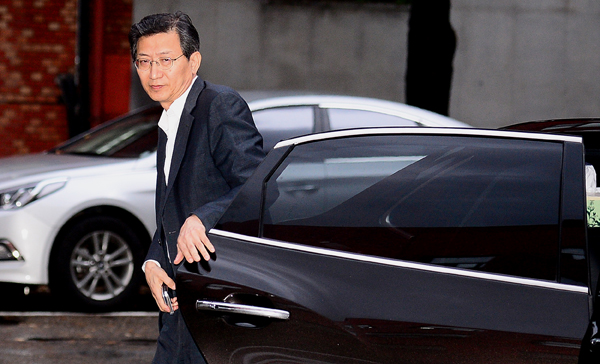 Hanjin Shipping’s CEO Seok Tae-soo leaves his car to enter the Seoul Central District Court in southern Seoul on Wednesday. The bankruptcy division of the court will decide whether the company should be restructured or dismantled. [NEWSIS]

“We decided to go for court receivership to promote normalization of the company’s management,” said a Hanjin Shipping spokeswoman. “We will cooperate with the court’s due diligence faithfully so we can get back on track.”

Hanjin Shipping confirmed that one of its chartered vessels - Hanjin Rome - was provisionally seized in Singapore for failure to pay charter fees on Tuesday.

Some 1,470 containers that were to ship out on Hanjin Shipping vessels from Busan Newport, one of the company’s terminals in Busan, were canceled after creditors Tuesday rejected management’s turnaround plan.

Concerns over the fallout in Busan, which heavily relies on the shipping business, have been rising.

“Dismantling an irreplaceable shipping company is unacceptable in terms of national interests,” he said. “The main creditors are pushing Hanjin Shipping into court receivership just because they cannot lend 300 billion won. They will end up losing something much bigger.”

Some 26 associations related to the shipping industry vowed Wednesday that they would will “come up with a way to secure liquidity needed for a turnaround,” although no specific actions were announced.

Meanwhile, the government plans to merge Hanjin Shipping assets with rival Hyundai Merchant Marine. One of the key assets of Hanjin Shipping is its 123 overseas operations that have been built up over 40 years in business.

“If HMM takes over the core of the networks, such as the employees, Hanjin’s overseas network will continue on even if the shipping company goes under in court receivership,” said a FSC official.

The move was interpreted as the government’s intention to merge the two leading Korean shipping companies.

Overseas networks take years and large amounts of money to build up.

But the idea of merging key assets of the shipping company even before the court gets to grips with the situation was criticized as a hasty move by the government that lessens the chance of Hanjin Shipping of surviving. Key assets that could be sold to Hanjin Group affiliates include majority stakes in key ports including Hanjin Newport in Busan and the rights to routes in Asia.

Hanjin Shipping investors - particularly the government - are expected to suffer massive losses. Some 1 trillion won worth of taxpayer, money is likely to be lost including 600 billion won borrowed from the state-run financial institute KDB and 430 billion won that the Korea Credit Guarantee Fund has to pay in primary collateralized bond obligations (P-CBO). KDB and Korea Credit Guarantee Fund are funded directly by the government. Hanjin’s debt-to-capital ratio in the first half of the year was 1,076 percent.

The government isn’t the only one set to lose. As of June, Hanjin Shipping’s corporate bonds totalled 1.19 trillion won. Privately placed bonds amounted to 768.1 billion won while those offered to the public amounted to 421 billion won. In the latter group, retail investors own 64.5 billion won worth.

Considering the state of the company, retail investors will struggle to recover their investments. On Tuesday, before trading of the bonds was suspended, Hanjin Shipping’s corporate bond prices fell around 30 percent.

Shares tumbled too. On Tuesday, before the company’s stock was suspended, its share value tumbled 24.16 percent to 1,240 won. A year ago, shares were being traded around 5,500 won per share. Trading of both bonds and shares will be resumed when the shipping company begins a court restructuring program.

But shares in Korean Air, a member of the Hanjin Group, have risen for two consecutive trading days. On Tuesday the airline’s shares were up 6.87 percent and on Wednesday they went up 1.45 percent, largely because the risk that it would be tapped to help Hanjin Shipping had been dispelled.

The government on Wednesday said it will do everything to prevent the impact of Hanjin Shipping from spilling over to the financial markets or affect shipping of exports.

“We made it clear in June that our principle on corporate restructuring is that creditors will not provide support if the company itself cannot solve its liquidity problems through responsible efforts,” said the Finance Minister Yoo Il-ho.