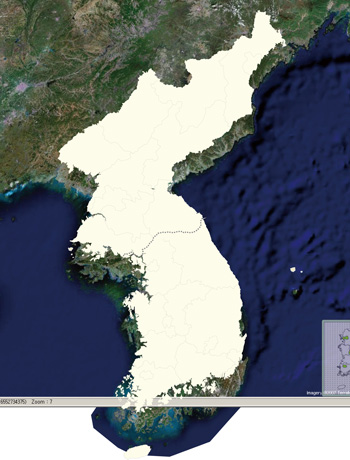 Let’s imagine for a moment the world map in the year 2850. Do you see a peninsula east of China and north of Japan? It is called the “Korean Peninsula,” as a country named Korea used to be here. It was officially named “the Republic of Korea.”

At 220,000 square kilometers (85,000 square miles), the peninsula is about the size of Minnesota and was divided into South and North Korea. However, the division was only one part of the tragedy.

One hundred years ago, in 2750, this country disappeared. How could a nation just evaporate? Well, the population shrunk to zero, so it was only natural.

The small country that had accomplished the “Miracle on the Han River” vanished. The brilliant writing system Hangul and the global sensation of the Korean Wave are all things of the past. The results of the low birthrate are frightening. Records show that around 2016, Koreans liked to call their country “Hell Joseon.” It is sad that people hated the country so much that it would vanish in the end.

You may say I am wrong to imagine such a scenario, but it is not groundless. Back in 2006, the Oxford Centre of Population Research in the United Kingdom predicted that Korea would be the first country to disappear from earth. Ten years have passed, but the situation is worsening.

Last month, Statistics Korea reported that the country’s fertility rate was 1.24 in 2015. In the past 10 years, the government has allocated 80 trillion won ($71.6 billion) to boost the fertility rate, but compared to the previous year, the rate went up by a mere 0.03.

In 2014, when the ultra-low fertility rate trend continued, some raised concerns that the country’s existence would be threatened by the year 2750, and people were skeptical.

But things are different now. We all feel that things are getting worse rather than improving. It applies to myself and those around me. At least it is encouraging that the discussion is spreading around society.

On Aug. 30, Bank of Korea Gov. Lee Ju-yeol said that the low fertility rate was a greater challenge than rising household debt. While the National Assembly continues to be disappointing, the public hearing hosted by the low birthrate and aging population committee on Aug. 31 had some meaningful suggestions.

“If day care centers close at 5, work should end at 5 as well.” “Fathers who take child care leave should not be laughed at or discriminated against in evaluations.” “The law should be revised to provide benefits to children of unmarried parents.”

If you think they are asking for too much, look at the world map in 2850. If we don’t act now, our beloved country may fade away from history forever.