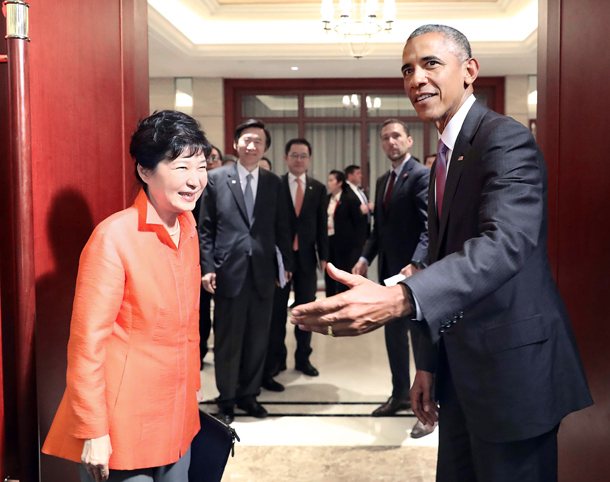 It is tragic and fitting that President Barack Obama’s latest failure to reach a cease-fire in Syria would take place at Hangzhou, China, on the sidelines of the G-20 summit Monday.

It’s tragic because this latest diplomatic flop in Syria will mean the death toll in that civil war, already at a staggering 400,000, will grow. It’s fitting, though, because the rationale for Obama’s reluctance to intervene in Syria goes back to a first-term strategy to pivot diplomatic attention and military hardware away from wars in the Middle East to the Asia-Pacific region.

Susan Rice, Obama’s national security adviser, helpfully explained all this in a post on Medium over the weekend. She wrote that Obama understood the U.S. need to focus on the Asia-Pacific, even though the wars he was trying to end were half a world away. The “Rebalance to Asia,” as Rice is now calling it, was born.

She writes, “In endeavoring to renew and strengthen U.S. leadership in the 21st century, President Obama recognized that failing to reorient our foreign policy toward the region would not only be imprudent, it would also be potentially perilous.” (Positively!)
The rest of the post reads like an extended high five. There is an animation about the Trans-Pacific Partnership and a bunch of feel-good Obama quotes. Leaders have been engaged. Alliances have been strengthened.

To give Rice and Obama some credit, they are correct about the importance of the region. After the 9/11 terrorist attacks, much U.S. attention was focused on the Muslim world and wars in Iraq and Afghanistan. China is a rising power and the U.S. is well served by re-investing in its relationships with Japan, South Korea and the Philippines and forging new partnerships with Vietnam, India and Myanmar.

In this sense the Asia pivot has produced some tangible results. Obama also got China to agree to begin cutting carbon emissions by 2030. In 2015, he ironed out a deal with China on cyber-attacks to establish some rules of the road in this new field of power competition.

But despite the rebalance/pivot, Obama has yet to do much about the elephant in the room, Beijing’s aggressive moves in the South China Sea to dredge up new islands and lay claim to the territorial waters of other U.S. allies like the Philippines. Its neighbors fear that China is unilaterally staking claim to the waterways that are the economic lifeline of the region.

Obama’s administration has in the last week encouraged the Philippines to work out the dispute over artificial islands with China on its own, despite the White House support for a ruling at The Hague in July against China’s claims to the waterways it had claimed.

On this front, Obama’s new strategic focus is in trouble. While he raised the South China Sea in a one-on-one discussion with China’s president, Xi Jinping, the issue was kept off of the agenda of the G-20. And despite Obama’s private warnings, the Chinese government showed contempt for the U.S. president: when Air Force One landed at Hangzhou, the Chinese did not extend red-carpeted stairs by which Obama could exit the plane.

All of this is to say that despite the patient work the Obama administration has done in building Asian alliances, it has yet to turn this diplomacy into a policy that actually deters China. This point was driven home during the G20 summit, when Chinese boats were spotted at Scarborough Shoal, another waterway claimed by the Philippines where the U.S. has warned China not to stake out more artificial islands.

There are many reasons China has not been deterred, but one of them is likely that Xi took a measure of Obama when he shirked his own “red line” in Syria after evidence showed the Bashar al-Assad regime had gassed its own people.

Earlier this year, Obama told the Atlantic’s Jeffrey Goldberg that he thought his decision not to enforce that red line was his proudest moment. It may also be the moment that China learned it could defy the U.S. president and face no consequences.