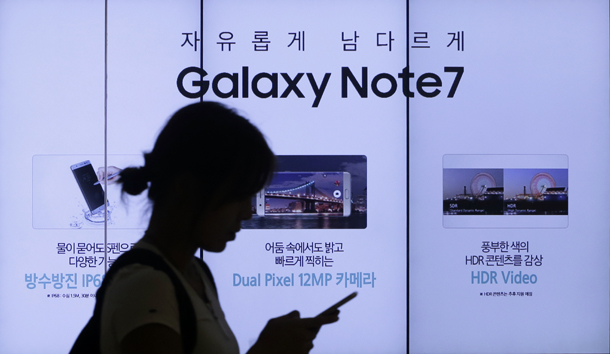 The smartphone manufacturer on Saturday advised all Korean buyers of the device not to use it, one day after the U.S. Consumer Product Safety Commission urged all Galaxy Note7 owners to turn off the device due to its overheating lithium-ion batteries.

The U.S. Federal Aviation Administration on Sept. 8 asked Galaxy Note7 users not to charge their phones on flights or stow them in checked baggage.

Samsung Electronics announced on Sept. 2 that it would replace all Galaxy Note7 devices purchased by customers since its release in August with new ones. An estimated 2.5 million units of the phone will be exchanged, which will likely cost the company $1 billion.

Despite the recall announcement and warnings not to use the device, incidents worldwide of the Galaxy Note7 overheating continue to appear online. [AP/NEWSIS]