Lessons from the Liberals

Lessons from the Liberals 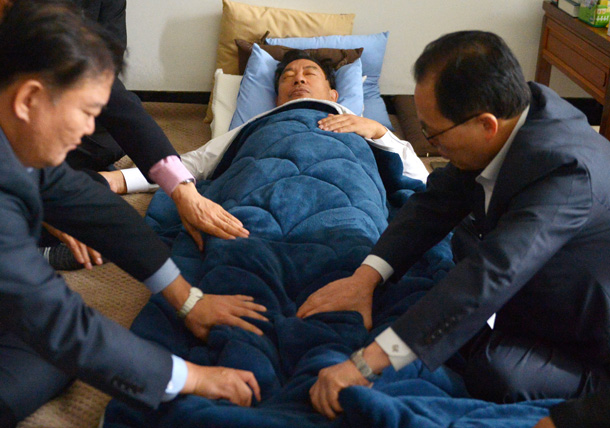 Caernarfon in North Wales is known for Caernarfon Castle, one of the castles that Edward I of England built upon conquering Wales in around 1300. In 1969, the investiture ceremony for Charles, Prince of Wales was held here.

A statue stands in a square right next to the castle, rather modern compared to the medieval surroundings. It is a statue of David Lloyd George, the British prime minister who led the country to victory in World War I. He represented Caernarfon in Parliament for 55 years.

Lloyd George is the only British prime minister to date to have spoken Welsh as his mother tongue and was called “the Welsh Wizard.” He displayed outstanding political caliber, introducing various reform measures including welfare. As he was a liberal, he increased taxes on the wealthy.

Herbert Asquith was his rival in their party. “The Liberal Party under Asquith could not be new and fresh, and Lloyd George who could lead changes was alienated from the party mainstream,” according to the book “When a Party Falls: History of the British Liberal Party.” Despite Lloyd George’s political rise, the Liberal Party fell. In the end, its support for the Labour Party government in the mid-1920s led to its decline.

The party’s successor, the Liberal Democrats, came into power in 2010 through a coalition with the Conservative Party. But the general election outcome five years later was devastating. Its 59-seat hold in the Parliament shrank to eight. History is repeating itself 90 years later.

I bring up the history of the British Liberal Party because a Saenuri Party lawmaker lamented, “This is not even a political party.” This is the truth. The current party leader’s hunger strike is strange enough, but he then ordered lawmakers to attend a National Assembly session, only to be rebuked a few hours later. We’ve seen the ruling party embarrassing itself every five years, but it is especially absurd this year.

There is one thing the Saenuri Party must remember. It has different interests from the Blue House. The Blue House is supposed to remain aloof, and the current administration seems almost heartless. It is faced with history, not the present.

The Saenuri Party will stand trial next year. They may believe that they will win the presidential election as the opposition is divided, but they are naïve to still believe in such a simple theory.

The conservatives claim that even though they might be corrupt, they are competent. But now, people think they are corrupt and incompetent, or unwilling to work. The party shouts, “We want to work,” but people wonder whether they actually have the will. All they’ve done is work for the Blue House.

Despite glorious accomplishments and extraordinary leaders, the British Liberal Party fell. The Saenuri Party is now testing the patience of voters.


*The author is the London correspondent for the JoongAng Ilbo.