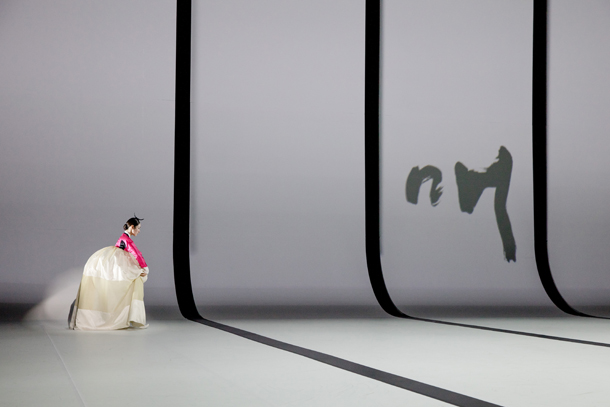 “Scent of Ink,” a traditional dance performance with a modern touch, will be staged by the National Dance Company of Korea this week at the National Theater of Korea. The performance expresses the spirit of scholars by focusing on four men who feel as if they are in an ink painting. See TRADITIONAL PERFORMANCE, below.[NATIONAL THEATER OF KOREA]

Thursday to Saturday: Tradition meets modernity with “Scent of Ink,” which offers a whole new perspective on Korean dance. The performance expresses the spirit of scholars by focusing on four men who feel as if they are in an ink painting.

Dongkuk University Station, line No. 3, exit 2, for the shuttle bus, or bus No. 02 or 420 to the National Theater of Korea bus stop.

Today to Friday: Gugak (traditional Korean music) artist Jang Sa-ik is giving his first performance after having surgery on a lump on his vocal cord. As his expertise lies in pansori, or traditional narrative singing, the singer has to project as loud as possible while being precise in pitch at the same time.

In a letter Jang wrote while he could not sing, he wrote that he was full of tears, and now finally, he feels like a flower after being able to sing again.

Friday: “Homage to Van Gogh,” an audiovisual performance, guides the audience to a new era of musical performance. Classical music will be presented with projected colors and lines drawing their rhythm and sentiments.

The performance is based on the much-loved impressionist artist Vincent van Gogh (1853-1890). The renowned string ensemble, Sejong Soloists, will be performing music inspired by Vincent van Gogh’s pieces and the music that he loved so much. Pieces to be performed include “Clair de Lune” by Debussy, “Estrellita” by Ponce and Heifetz, and “Variations on theme by Rossini’s Moses” by Paganini, among others. 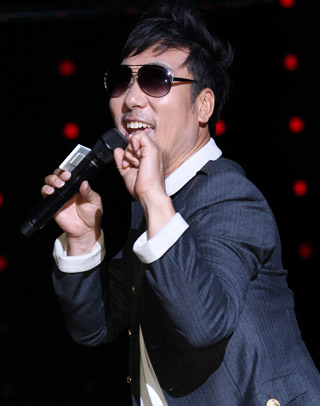 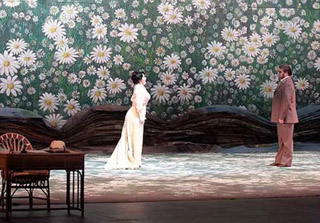 Nov. 8-13: “La Traviata” has a somewhat special meaning in local history, being the first European opera performed in Korea. Under the name “Chunhee,” the piece was first presented in 1948 in Myeong-dong.

“La Traviata,” literally meaning “the woman who had gone bad,” refers to they story’s main female character, Violetta Valery. Violetta is a courtesan, working for rich, high-class men and also popular among them. She spends endless nights of pleasure in Paris, until she gets caught up with a lung disease from too much drinking. There is, however, one man who sincerely loves her, Alfredo Germont, but his love doesn’t find its way easily, getting tangled up in all sorts of obstacles.

The show’s Italian-Argentine conductor, Sebastiano de Filippi, is currently a hot topic in South American media. Known for putting great effort into presenting lesser known pieces, he is praised for his musicality and expressive intensity.