Hanmi will be referred to prosecutors for insider trading

Hanmi will be referred to prosecutors for insider trading 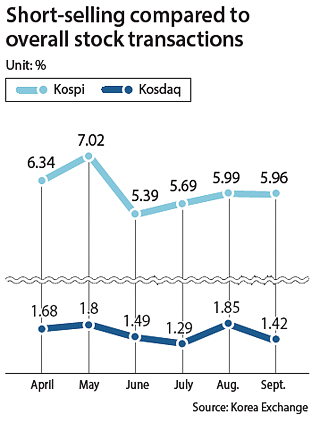 The fallout from Hanmi Pharmaceutical’s Friday stock price plunge continues, as the Financial Consumer Protection Agency on Wednesday announced it would refer the drug company to prosecutors for alleged insider trading.

The agency believes the company deliberately held back news that it had ended a partnership with German drug maker Boehringer Ingelheim to allow some investors time to sell their stock before the price plummeted nearly 20 percent on Friday.

The suspicions are compounded by the fact that just a day earlier, Hanmi Pharmaceutical’s stock price went up after announcing it had signed a $910 million contract with American drug maker Genentech.

The drug company’s stock has been on a losing streak since Friday. The price dropped nearly 3 percent on Wednesday for a third consecutive trading day (Monday was a market holiday). Compared to last Thursday, Hanmi Pharmaceutical’s shares were down 26 percent.

“There is a need for the company to answer speculation that it intentionally announced the good news while having knowledge of the bad news at the same time,” said Cho Nam-hee, head of the consumer protection agency.

“The deceitful notification by Hanmi Pharmaceutical not only goes against the basic responsibility and ethics of the company, it is also an unlawful act that shakes the very foundation of the capital market, creating confusion and losses for investors.

It is a criminal act that should not be accepted.”

“We plan to report the accusation to prosecutors early next week,” Cho said.

The Financial Services Commission sent a group of its capital market investigators to Hanmi’s headquarters in Songpa District, southeastern Seoul, on Wednesday to secure data and records as part of their insider trading probe.

“We have interviewed Hanmi Pharmaceutical officials and secured data including mobile phones,” said Kim Yong-beom, secretary general of the commission.

“We plan on investigating whether there were early leaks of the announcement and the reasons behind the late public disclosure [of the contract termination with Boehringer Ingelheim] by analyzing mobile phone calls and instant messaging records.”

The investigative team is particularly interested in the 50,471 shares that were short-sold in the 28 minutes after the market opened at 9 a.m. on Friday, right before the Boehringer Ingelheim announcement was made. The short-selling constituted half of the 104,327 Hanmi Pharmaceutical shares short-sold that day.

There has been speculation that the short-selling Friday morning was the result of insider information leaked to institutional investors and fund managers.

Hanmi Pharmaceutical’s price plunge is also pulling down the share values of other drug companies.

JW Pharmaceutical’s stock closed 3.92 percent lower on Wednesday compared to Tuesday. But when compared to a week ago, the drug company’s shares fell 24.4 percent.

Funds that heavily invest in pharmaceutical companies and related bio companies have suffered losses. According to fund evaluation company Zeroin, among the 832 equity funds in the local market including exchange-traded funds, 53.1 percent, or 442 funds, invest in shares of Hanmi Pharmaceutical and its holding company, Hanmi Science.

Mirae Asset’s Tiger200 Healthcare fund, which invests 33.46 percent in both Hanmi companies, reported an 8.82 percent loss on its yield on Friday.

Other funds, including Mirae Asset Pension Korea Healthcare and Samsung Kodex Bio ETF, suffered 5 percent losses on their yield. When compared to the beginning of the year, that’s a drop of more than 15 percent.

“As a result of the recent Hanmi contract cancellation, investors will likely become more conservative and objective on even existing contracts of other new drug developers,” a Daishin Securities analyst said.