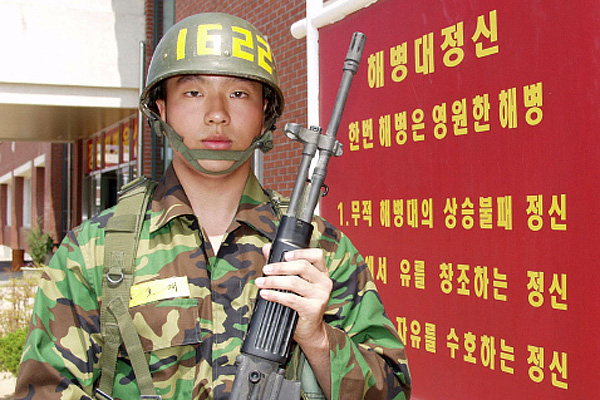 In the eyes of economists, military duty is nothing more than a type of tax. The state takes the labor of young people almost for free, and it is practically a heavy tax burden. Some people even call it “time-limited slave labor.”

So it may be only natural that expediency of exclusion from military service with a payment prevailed. Korea was no exception. During the reign of King Yeongjo in Joseon dynasty, one could officially be exempted from military duty by submitting two rolls of cotton. During the American Civil War, exemption can be earned with a payment of $300, which incurred public outrage.

There are countries that still have a similar system. In Turkey and Mongolia, one can pay 6.6 million won ($5,822) and 4.5 million won, respectively, to get military service exemption.

Switzerland is different. Those who cannot serve in the military for health reasons and other reasonable causes pay 3 percent of their income as military service exemption tax until age 30.

Replacing military service with money is not an ideal plan. If military service is exempted simply with a payment just like Turkey and Mongolia, only the underprivileged young men would have to serve in the military.

If we choose the Swiss model of having all qualified men to serve in the military, we can save the equity debate. There are rumors that Taiwan imposes military tax on women, but there is not a single country in the world that actually does that.

Since the taxation system is used to resolve the gap between the rich and the poor, the military service system can accomplish a lot if managed wisely. For example, reducing the service period for highly educated men would help elevating academic achievements. In fact, in Egypt, college graduates serve 12 months, high school graduates serve 24 months and middle school graduates serve 36 months. Naturally, Egyptians would try their best to further their education.