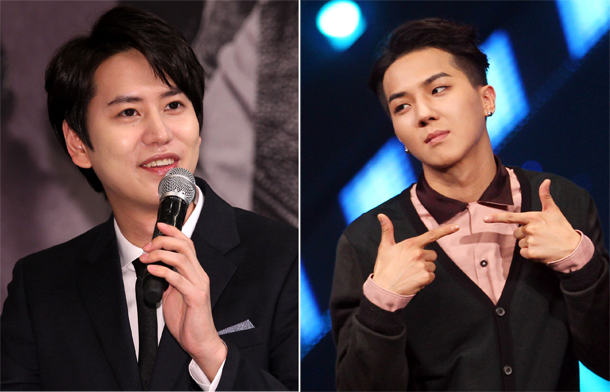 K-pop idol stars Kyuhyun of boy band Super Junior and Song Min-ho of Winner will join the cast of the new season of the tvN variety show “New Journey to the West.”

“We came across these two while we were looking for some young blood to round out the cast,” said the show’s producers on Wednesday. “We think Kyuhyun’s sense of humor, as seen from his other television appearances, as well as Min-ho’s bright personality will be great additions.”

The Super Junior member is known for his wit on variety programs such as the MBC show “Radio Star.” He recently took a three-week break from television due to health issues with his throat.

Song, on the other hand, is more known for his hip-hop endeavors. The rapper was the runner-up on the Mnet rapping survival program “Show Me the Money 4” (2015), and recently released a mini-album with labelmate Bobby under the moniker MOBB in September.