President’s friend had access to top secrets, got involved in personnel appointments: JTBC

President’s friend had access to top secrets, got involved in personnel appointments: JTBC 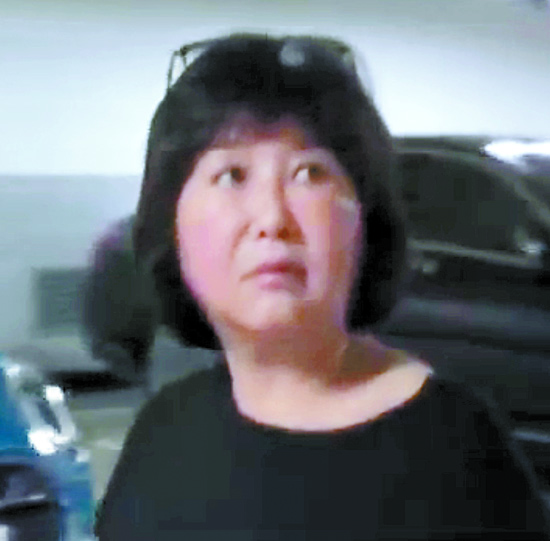 Choi Soon-sil in her parking lot on July 17 before she left for Germany. [TV Chosun]

Choi Soon-sil, a friend of President Park Geun-hye, may have used her influence in a wide spectrum of state affairs, including sensitive national security matters, an analysis of files on a computer she used shows.

JTBC, the TV network of the JoongAng Media Group, reported Tuesday night that Choi not only reviewed and edited Park’s speeches in advance, but also got involved in national security matters, including secret inter-Korean contacts. The report was based on 200 digital files from a computer in Choi’s office.

The broadcaster said it obtained the computer by searching through things discarded from Choi’s office after she left the country in the wake of a series of corruption and power abuse allegations. Choi is accused of creating nonprofit foundations to benefit President Park after she leaves office, strong-arming conglomerates to make massive donations to them and personally siphoning off money from them.

Choi is a daughter of Park’s former mentor, the late Choi Tae-min. Following JTBC’s Monday report on her editing of the president’s speeches, Park admitted Tuesday that she sought help from her longtime friend to write speeches and public addresses and issued a public apology. Choi, however, seems to have exerted much more power over the president than ever conceived of before — possibly to an unprecedented extent.

According to the JBTC’s Monday report, a file entitled “Blue House meeting” was saved at 4:56 a.m. on Dec. 28, 2012. The eight-page document laid out a scenario for Park, who was then the president-elect, ahead of her meeting to President Lee Myung-bak. The meeting took place 10 hours later.

In a section of the file marked “Foreign affairs and national security issues,” Park was directed to ask Lee a question: “In order to prevent the North’s additional provocations, I believe inter-Korean dialogue is necessary in addition to international cooperation. What contacts have made between the two Koreas?”

Underneath the question, a line read: “The military had three secret contacts with the North’s National Defense Commission recently.”

Talks between Seoul and Pyongyang formally ceased after the North’s sinking of the warship Cheonan in April 2010. It was confidential information that the South Korean military and the North Korean National Defense Commission had secret contacts in 2012. The document suggests that Choi had access to a national security secret.

“After North Korean leader Kim Jong-il died, his son Kim Jong-un succeeded him and publicly declared that he didn’t want anything to do with the Lee administration,” Chun Yung-woo, who served as Lee’s senior secretary for foreign affairs and security, told the JoongAng Ilbo. “But it continuously requested secret contacts, so I as well as other foreign and military officials talked to the North. But it was a secret at the time.”

Some other documents on the computer involved meetings between Park and foreign dignitaries in early 2013, shortly after her presidential victory. A file labeled “Reception of a special envoy from Prime Minister Shinzo Abe” was created ahead of Park’s meeting with Japanese visitors on Jan. 4, 2013.

Park’s first public activity as president-elect was receiving three special envoys of Abe. The nine-page document was saved on Choi’s computer about nine hours before the meeting took place.

The document specifically instructed Park how to respond to sensitive diplomatic topics during the meeting, including Japanese claims to Dokdo and so-called comfort women, women forced into sexual slavery during World War II.

A file created on Jan. 15, 2013, contained a list of lawmakers recommended as a special envoy to China. Following her victory, Park made the unprecedented move of sending a special envoy to China ahead of longtime ally United States. The decision fueled speculation that Park was trying to shift Korea’s diplomatic center from Washington to Beijing.

While the sharing of presidential speeches with Choi could be punishable under the Act on the Management of Presidential Archives, leaking foreign affairs and national security secrets is considered far graver. The Criminal Act, Military Criminal Act and Military Secret Protection Act all strictly bar the leaking of diplomatic and national security secrets.

The computer files also suggest that Choi interfered in appointments of the Presidential Security Service. A list of candidates for the position of chief of the presidential security service was found on Choi’s computer, the report said. The document was edited on the morning of Jan. 3, 2013, about one month ahead of the appointment.