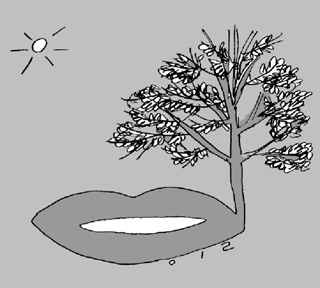 Socrates was sentenced to death 2,400 years ago in Athens. Many people believe that his last words were, “An unjust law is still the law,” but the words he actually uttered just before he died were much vaguer than this.

“Crito, I owe a rooster to Asclepius. Please don’t forget to pay the debt.”

Asclepius was the god of medicine and healing, so it’s unclear what he could have meant. Why would he owe a rooster to the god of medicine? However, this one phrase clearly demonstrates Socrates’ complete transcendence of life and death. Let’s take a look at his last day, which was even more ambiguous.

The day of his execution, Socrates’ friends paid a visit to the grotto-prison to see him and expressed their sadness and appreciation for his teaching. Socrates asked the women to return home first and then held a philosophical debate with those who remained concerning the existence of the soul and the question of its immortality — it’s incredible to conceive of this, as his own death was fast approaching. Socrates postulated that the soul did exist and that it was indeed immortal.

His friend and benefactor Crito spoke to him worriedly, “The attendant said that you should not speak so much as today. If you talk too much, then the poison won’t be effective and you may have to drink two or three cups of it.”

Socrates replied, “Don’t worry — why would it be a problem to drink two or three cups? It’s ironic how the people who strive to live as close as they can to death resist in the end when they come face-to-face with their own mortality.”

Socrates told him to bring the poison; he drank it with a calm expression, while those watching began to weep profusely. Socrates said, “You strange fellows — don’t be ridiculous! I already sent the women away so I wouldn’t have to witness this kind of spectacle.”

He then began to walk about his prison cell so the poison would spread throughout his entire body. When his legs and feet became numb he lay down. The poison eventually reached his heart and with his last breath Socrates said:
“Crito, I owe a rooster to Asclepius. Please don’t forget to pay the debt.”

In those days, Athenians who became ill used to pray to Asclepius, the god of medicine and healing. If their disease was cured, they would offer a rooster to the god as a sign of their gratitude. You get the picture? Socrates’ last words were a joke, he was saying, “This medicine really worked well — just one cup was effective. Please convey my thanks to the medicine god!” It’s easy to speak lightly of someone else’s death, but much more difficult to do so about one’s own. Socrates’ greatness was that he was able to make a joke about his own impending death not just in speech but action.

Socrates was sentenced to death because he was said to have paid homage to unacceptable gods (i.e. natural phenomena) and corrupted the youth of Athens — it was not true. In truth, he had gone out to the plazas, street corners, and markets almost daily to awaken the minds of the youth by holding discussions on topics such as virtue, benevolence, justice, and love.

This was possible because Socrates had already been enlightened — he had woken up. The voice of reason is the sound of truth.

Therefore, to Socrates, death was not the end — it only meant the disappearance of his physical body. Socrates had already seen beyond life and death, beyond the elimination of his physical form. Therefore, as he uttered his last words he was able to crack a joke.

How many of us would have been able to do that?