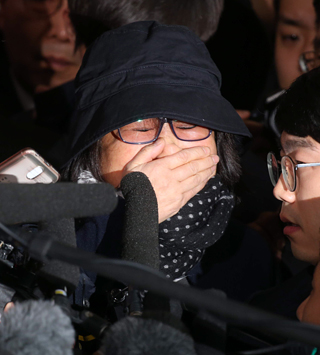 Two thoughts come to mind as I observe the U.S. presidential election.

First, the mud fight of the campaign is just as severe as it is in Korea, if not worse. The personal attacks and negative campaigning from both the Clinton and Trump camps shatter our illusions of American democracy.

Second, Americans have solid trust and confidence in their political system. Donald Trump frequently makes remarks that hurt alliances and says he wants to renegotiate existing trade agreements. But Americans generally believe that even if Trump is elected president, things won’t be easy for him. They believe the changes the president alone can make are very limited.

They also have solid conviction that the legislative and judicial branches keep the nation in balance. They are merciless when that system is undermined. Last summer, Trump criticized a Mexican-American federal judge presiding over the lawsuit involving Trump University, but he was bashed even by Republicans. Americans will not tolerate any undermining of the justice system.

The U.S. political system is the embodiment of the citizens’ hopes and dreams for a just society. When the system is healthy, the nation can survive any crisis.

In retrospect, Korean society has faced many crises. We still vividly remember the currency crisis of the late 1990s. The state’s finances were ruined, and 1.8 million people became unemployed, but Korea recovered. The citizens trusted the government’s appeal to overcome the crisis, and people donated their gold jewelry to pay back the nation’s debt.

During the Roh Moo-hyun administration, the National Assembly voted on an impeachment bill, and the president’s authority was suspended for two months. But the nation was undaunted. There were many capable administrators on hand, and citizens trusted the political system.

Crises always bring suffering, but we can overcome any crisis as long as the leadership and political system are intact. The crisis caused by Choi Soon-sil’s connection with Park Geun-hye, however, is far more serious. They trampled over the citizens’ trust in the government. They fooled the political system entirely. The hard-working civil servants feel dispirited, the president’s leadership has lost its trust and the cabinet has no presence.

On the day of the vote to impeach President Roh, the finance minister at the time, Lee Hun-jai, crossed the Han River seven times to ensure the market’s stability. But in the current administration, an official with such devotion and diligence is nowhere to be found. It is yet more proof that the system is not functioning.

I hope the latest scandal does not stop with judicial action against Choi and those involved in the corruption. The scandal has revealed that the political system is bleeding from deep within. We need to investigate how it was possible for Choi to abuse power and why investigative authorities did not sound an alarm earlier. It is time to completely overhaul the system in order to avoid another crisis.