Esse’s thin smokes light up sales at home and abroad

Esse’s thin smokes light up sales at home and abroad 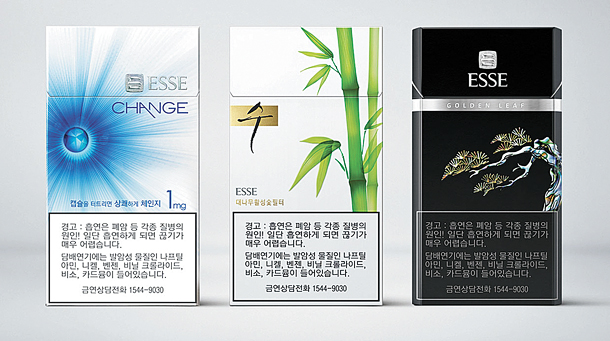 Esse, the 20-year-old Korean tobacco brand, is on a roll even overseas, said manufacturer KT&G.

According to the company, Esse has been leading the domestic tobacco market since 2003, with 25 percent of the market. The company has sold 328.8 trillion cigarettes, equivalent to about 16.44 trillion packs.

Since its first export in 2011 to the Middle Asia and Russia, Esse is now selling in more than 50 countries, including the United States and nations in Southeast Asia and Africa.

Esse is noted for its thinness. Whereas a typical cigarette is about 7.8 millimeters wide, the Esse series are more than 2 millimeters slimmer.

In the domestic market, there are 23 series. The most popular one is the Esse Su, the first cigarette in Korea with a double bamboo charcoal filter; within eight days of launch, Esse Su sold more than 10 million packs in 2006. KT&G is planning to release a premium Esse series soon.