Our next leader’s challenge

Our next leader’s challenge 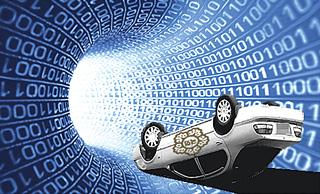 The people have acknowledged the merits of industrialization and democratization. In the 21st century, the two groups have been entrusted with new tasks in Korean society. The opportunity was given equally. The first 10 years were led by Kim Dae-jung and Roh Moo-hyun, two icons of the democracy movement who eventually became president. The next 10 years were led by Lee Myung-bak and Park Geun-hye, who represent industrialization.

How, then, can we evaluate these past two decades? It would be meaningless to measure the achievements of the four presidents and then compare. Instead, we should look back on the political journey of those who worked for industrialization and democratization. After accomplishing industrialization and democratization, the industrialists and activists can be criticized for two reasons, as they have responded poorly to the new tasks of the time.

Rather than factories and farms, scientific information and professional knowledge are the key elements of economic activity.

But the two groups in Korea that led industrialization and democratization wasted the past two decades, instead clinging to old theories and engaging in outdated political strife rather than establishing a new social order. The ongoing economic slump, increasing unemployment and crippled education system are not unrelated to their failure to move on to a new social order.

But the two groups engaged in endless confrontations and discord. While they advocate for the left and right, progressive and conservative, they have never actually proposed a lasting ideological framework. Instead, they have engaged in factional fights.

Rather than seeking a new social order befitting the new century, the National Assembly has long been a ghetto of political strife. Whereas their factionalism is deeply rooted in chronic regionalism, politicians fanned the evil to feed their established interests rather than correcting them.

Lately, the fight is not just between the left and right. The ruling party is divided over the pro-Park faction and the rest, while the opposition is split between supporters of Moon Jae-in and others. The splinter opposition party is soon to be divided over their loyalty to Ahn Cheol-soo. Their goal is to dominate the party and ultimately take the nation’s highest office. To do so, fancy policies are made for election seasons by bringing in strategists from outside. This is the current state of Korean politics.

The next presidential election is approximately a year away. Newspapers compete to interview potential candidates for president. While there are many aspirants, there is no one we can fully trust. Are there any more candidates lying low?

The information society is changing faster than ever. Reform of the social system should be swift. At this juncture, who should become the president? If one of those factions produces our next president, sways their unchallenged power and carries on with the discord, we could lose another five years. Factional politics will surely produce another crony like Choi Soon-sil.

The next president should be someone who will not put the nation into a shameful quagmire. Someone who can recruit new figures for a totally new paradigm must become president.

The new president should be able to prepare a new social order in an information society through cooperation, not confrontation. The political failure of those who worked for industrialization and democratization — as well as the unprecedented abuse-of-power scandal involving our president and her close friend — calls for such a change.


*The author is an emeritus professor of media and communication at Korea University.