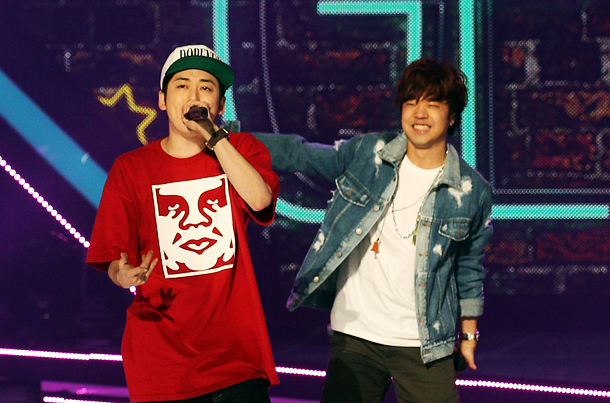 Hip-hop duo Geeks announced a new single that will be released on Nov. 14.

According to a source, the upcoming single will be called “Sometimes,” and will feature fellow hip-hop artists Crush and Giriboy. Crush released his latest mini-album “wonderlust” on Oct. 14, and is currently on tour in the United States.

The duo recently released their previous single “Drivin’” in August, which received positive reception and placed first on the Mnet online music chart. The two are particularly well regarded in their genre for their unique voices and self-producing abilities.

The hip-hop group debuted in 2011 and made their rise to fame with their cover of American singer Tamia’s “Officially Missing You” featuring singer Soyou of girl group Sistar. Group member Lil Boi also appeared on the Mnet hip-hop survival show “Show Me the Money 4.”