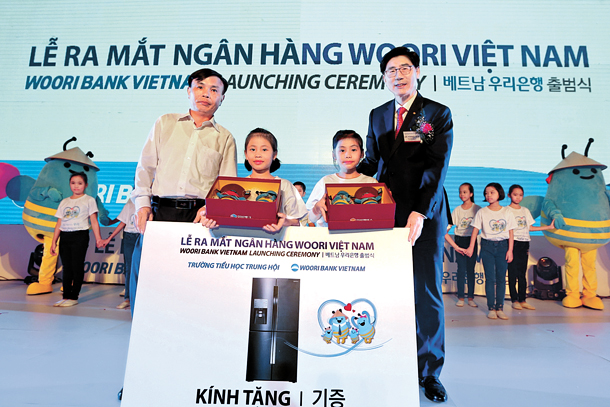 Lee Kwang-goo, president and CEO of Woori Bank, far right, during a ceremony with the principal and students of Trung Hoi Elementary School in Hanoi on Monday to celebrate the opening of the bank’s first Vietnam office. Woori Bank donated a refrigerator to the school. The bank said Tuesday that it plans to open three more branches in Vietnam including in Bac Ninh, north of Hanoi, and Hai Phong, south of the country’s capital. It plans to further increase that number by five to seven each year until the Korean bank’s network in Vietnam reaches around 20. [WOORI BANK]