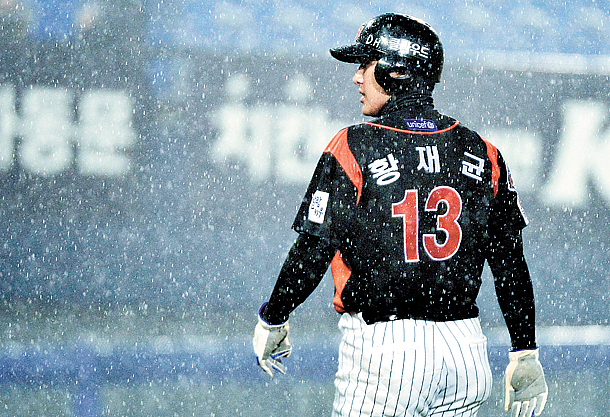 Hwang Jae-gyun, third baseman of the Lotte Giants, will host a showcase later this month in front of interested MLB scouts, his latest attempt to knock on the door of the U.S. league.

Hwang Jae-gyun, a free agent third baseman from the Lotte Giants, will show what he is made of in front of the scouts of Major League Baseball (MLB) teams later this month, according to a local report.

John Morosi of the MLB Network reported on Tuesday, local time, that Hwang will host a showcase on Nov. 21 for interested MLB clubs in Florida to test the MLB market.

Hwang took a crack at the MLB once before, going through the posting process in 2015, when no teams from the United States bid for the third baseman. But Hwang spent the 2016 season with the Giants productively, reaching his career peak in the Korea Baseball Organization (KBO). He has recorded a career high in virtually every aspect of hitting, posting .335/.394/.570 with 27 home runs and 113 runs batted in (RBI).

But one of the biggest changes Hwang made was his attitude. 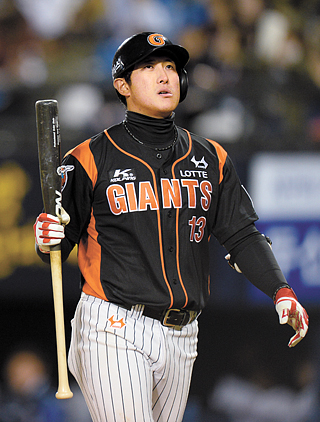 “This is the reality,” Hwang said after failing to be posted last year, “I am going to consider this as a valuable experience.” Since then, Hwang has focused on the success of the team rather than his personnel glory. This was evident earlier in the season when Hwang sat out after suffering a toe injury. Previously, Hwang played 618 games in a row from July 2011 until April 2016, breaking the record for the number of consecutive games played by a current KBO player. Last season, he was obsessed with this number and even when he was in a slump or was injured, he refused to step out.

But after he was injured in April, Hwang willingly took time off from the field and concentrated on recuperation, saying he was indifferent about the record now and what matters is whether he recovers to help the team in the latter half of the season.

Perhaps due to this shift in his approach to the game, Hwang’s second half record saw a drastic improvement compared to last year. In 2015, after the All-Star break, Hwang batted .267 while hitting just four home runs, a stark contrast to the numbers before the break during which he batted .306 with 22 home runs and 65 RBIs. This year after the All-Star break, the veteran recorded .338 batting average (BA), 11 home runs and 51 RBIs.

After a solid season in the KBO, Hwang became a free agent, giving him the right to freely negotiate with any team in and outside Korea starting from tomorrow. MLB Trade Rumors reported about Hwang’s showcase and said, “[Hwang] could be a relatively low-cost option at the hot corner this winter.”

At first, when Hwang left for the United States, he did not explicitly state his intention was to try to join an MLB team. Instead, he was traveling to the United States to train, adding he will leave the door open for any possibility regarding his whereabouts next year. Still, growing speculation was that he would knock on the door of the U.S. market once more.

However, Hwang and his side were rather reluctant about acknowledging this showcase as a tryout for an MLB team. Han Lee, Hwang’s agent in the United States, said they did not want anyone to misinterpret the showcase, since this wasn’t something planned. Lee said Hwang did not come to the United States for the showcase, but after he came, clubs started to show interest. “Once he got here, several teams inquired about seeing him,” Lee said, according to Yonhap News Agency. “So rather than doing multiple workouts, we decided to do just one.”

At the moment, it was reported that Hwang is spending time undergoing various training sessions, working out in IMG Academy, a boarding school and sport training destination in Bradenton, Florida, that provides systematic training for athletes. “I gained confidence that I can achieve the goals I set,” said Hwang before he left for the United States.