Trump is the change voters wanted

Trump is the change voters wanted 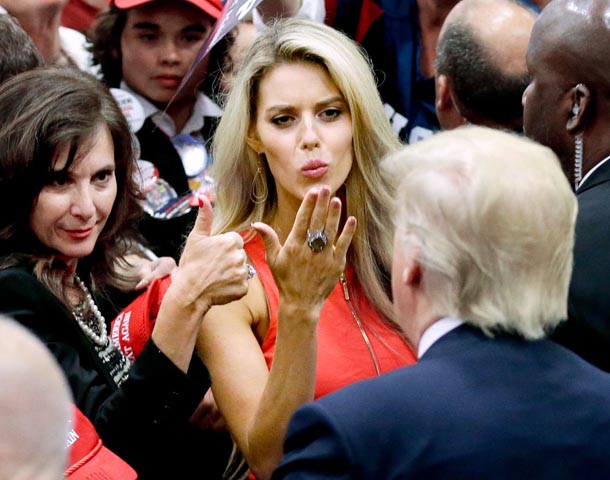 Republican presidential candidate Donald Trump greets supporters after a rally on May 27 in San Diego. [AP/NEWSIS]

Many liberals are telling themselves a story about Donald Trump’s victory that is depressing, frightening, self-congratulatory and not entirely true: that it represents the voters’ endorsement of racism, misogyny, ignorance and generally being a jerk.

Trump may indeed represent those things. But he didn’t win the presidency because American voters were ratifying his worst elements. As Amy Walter of Cook Political Report observed, “Voters did not like Trump, but voted for him anyway”:

60 percent of voters viewed him unfavorably, yet he got 15 percent of those voters to vote for him.

He also pulled 29 percent of the voters who said his treatment of women bothered them.

People voted for Trump for all kinds of reasons.

Many wanted to elect someone from outside the system and were voting for change in much the same way Barack Obama’s voters were in 2008. (In fact, many of Trump’s crucial working-class white voters had also voted for Obama, which undermines the racism explanation.) When exit polls asked what quality in a candidate matters most, a plurality of voters, 39 percent, said “can bring change.”
Trump captured 83 percent of those votes.

Some voters were upset that their health insurance premiums are skyrocketing, and they believed he could do something about that. As a friend of mine wrote on Facebook, “I didn’t get as many fliers this year from campaigns on issues or on behalf of candidates, but did get something from Blue Shield last week. As I opened it up, I quipped to myself that this was campaign material from the RNC. How many other Americans got similar mailings and felt similar outrage, but decided to vent it against the party in power?”

Others think that Trump can cut through various kinds of red tape and allow the public and private sectors to “get things done,” especially by improving roads, airports and other infrastructure. He likes to portray himself as a builder, and many people — including his high-profile Silicon Valley supporter Peter Thiel — are drawn to that image.

Many Trump voters were simply people who tend to vote Republican. Hillary Clinton offered them no reason to switch allegiances. When Election Day arrived, they did what they usually do.

I don’t like Trump, but I know enough of his voters, and have read enough about others, to know that very few were embracing the whole package. Trump’s coalition certainly includes an element who are tired of being told that they’re worthless and awful — Won’t it be great when stupid white men are put in their place! — and are punching back, sometimes in deplorable ways. For them, voting for Trump is a way of combating political correctness. But it’s also a positive vote for someone they believe is proud of them and proud of their country.

Liberals want to turn Trump’s victory into an endorsement of racism and misogyny. That’s a dumb strategy if you’re against those things.

The liberal belief that half the country is made up of horrible people is a big reason Trump got elected, and the more Democrats keep repeating it, the more likely their worst fears are to come true.


*The author is a Bloomberg View columnist. She was the editor of Reason magazine and a columnist for the Wall Street Journal, the Atlantic, the New York Times and Forbes.