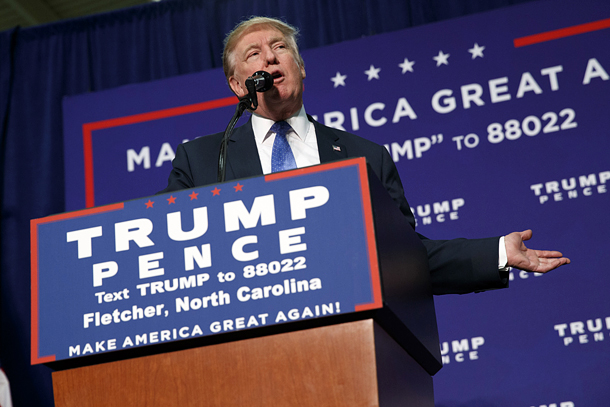 On immigration, the final result might be more sensible than Trump’s rhetoric has indicated to date. Trump will have to deliver something to his supporters, and I think he will find mass deportation of some 11 million illegal immigrants to be impractical and unpopular. So he’ll start building a wall on the border with Mexico, an expensive and alienating idea.

But Trump also has signaled that he would consider allowing more high-skilled immigration. Since he is unlikely to finish building the wall, or to make the wall effective, this may be one way of getting to where immigration policy should be, albeit with significant national embarrassment along the way.

If there is any common theme to my predictions, it stems from Trump’s history in franchising his name and putting relatively little capital into many of his business deals. I think his natural instinct will be to look for some quick symbolic victories to satisfy supporters, and then pursue mass popularity with a lot of government benefits, debt and free-lunch thinking. I don’t think the Trump presidency will be recognizable as traditionally conservative or right-wing.

I also expect U.S. trade relations to worsen significantly, as I’ve already discussed in an online conversation with Robert Zoellick. I foresee Trump renegotiating the North American Free Trade Agreement, mostly picking on Mexico. Mexico would end up having to pay some kind of fee, either directly or indirectly, for continuing access to the U.S. market. That way, Trump could in fact make Mexico “pay for the wall.” It is no surprise that the peso plummeted as the tide started to turn in Trump’s favor Tuesday night.

I think Trump will bring more suits against China through the World Trade Organization. That will worsen relations in the Pacific without bringing manufacturing jobs back to the U.S. But as long as Trump can claim he has done something on the China and trade front, I don’t think he will start off by going further than that.

One possibility that can’t be dismissed is that the Trump administration will face a recession and financial crisis due to the election of Trump and its ramifications for markets around the world. In any case, I expect a big dose of activist fiscal policy, and a significant boost in infrastructure spending, much as what many Democratic (and some Republican) economists long have been wishing for.

With or without recessionary pressures, I expect a big tax cut, and not just for the wealthy. Since interest rates are low, it will feel like we can afford it, though it will be playing a dangerous game with the nation’s fiscal future, as I don’t expect federal spending to be put on a sustainable path. Trump isn’t going to try to cut Social Security and Medicare.

What about Obamacare? Trump has promised to “repeal and replace,” but without details on the alternative. One possibility would be to repeal the individual mandate that imposes penalties on those who refuse to buy health insurance, and turn the exchanges into a subsidized high-risk pool for some of the uninsured, as some earlier Republican proposals had suggested. That will cost more money and won’t fix the underlying problems in the American health care system, but it liberates many voters from the unpopular mandate and thus will boost Trump’s popularity.

On climate change, I view Trump as unpredictable. The best guess is that he simply does nothing and avoids unpopular new taxes, such as a carbon tax. Still, if there is any Republican president who might flip on this in search of a legacy, it is Trump. He is probably under-informed, but people who know less also can change their minds more quickly.

Overall, my biggest worry is that a Trump administration will herald a new age of geopolitical instability in the Pacific, in the Baltics, and perhaps in other parts of the world. That would hurt the global economic order and turn the U.S. inward, damaging global liberty to the detriment of the American republic.


*The author is a Bloomberg View columnist. He is a professor of economics at George Mason University and writes for the blog Marginal Revolution.